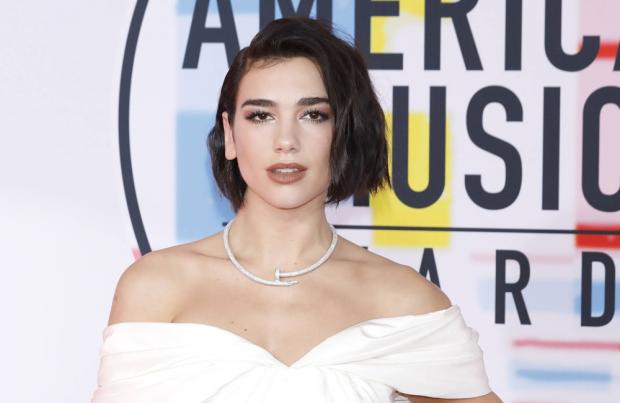 Dua Lipa is taking a break from festivals in 2019.

The 'New Rules' hitmaker has revealed she is focusing the rest of the year on her second studio album – the follow-up to her hugely popular 2017 self-titled debut record – which is due out later this year, and is almost complete, as well as its accompanying tour, which she teased will see her perform on "bigger stages".

She said: "I'm not doing any festivals [in 2019], this year is just wrapping up the album and then hopefully release something this year."

The 23-year-old star has played the likes of Reading and Leeds and even launched her own Sunny Hill Festival with her father Dukagjin Lipa, in her parents' home city of Prishtina, Kosovo, in 2018.

However, getting to play the John Peel Stage – which is named after the legendary late BBC Radio 1 DJ – at Glastonbury, after her album was released, was a huge highlight for the Grammy-winner, who admitted she feels "invincible" on stage.

Speaking at the the International Live Music Conference (ILMC) in London, she said: "My first ever Glastonbury, just because I'd been going to the festival for so many years and to get to be that person on stage – the John Peel Stage.

"I played that same stage the year after and my album came out and there's no feeling quite like it, it's just the most amazing, exciting butterfly mental thing that happens to you.

"It's pretty surreal and I get really nervous before I get on stage and when I get on stage there's something about it, I just feel invincible I guess."

The 'Swan Song' hitmaker explained that album number two is "conceptual" and that it will influence her shows.

She said: "Now that I've toured and felt that live environment, I make everything with that in mind.

"This album, I guess, is a bit more conceptual, but if I told you the concept then I'd have to tell you the album title.