Riverdance to tour with 25th Anniversary show in 2020, how to get tickets 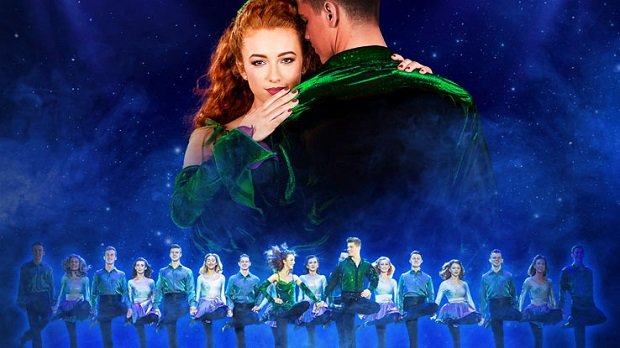 The iconic Irish dance show Riverdance will return to UK stages in 2020. The show celebrates its 25th anniversary with a 25 venue tour of the UK and Ireland that kicks off in March next year. Tickets for all dates are available at 9am Fri 15 Mar.

The show has premiered in over 47 different countries, entertaining over 30 million theatre goers over the years. Things originally kicked off back in 1994 when the Point Theatre in Dublin held the annual Eurovision Song Contest. The show was crafted to entertain the 4000 audience members in the theatre and those at home during the interval. The seven minute performance was transmitted to a viewing audience of over 300 million people worldwide and it's majestic and energetic choreography earned it a standing ovation.

Following the Eurovision Song Contest the show sold out a solid five-weeks at Point Theatre in 1995 and was picked up by national and international theatres alike and quickly became the world-famous must-see production of the 90s.

To celebrate 25 years the show has been re-imagined by producer Moya Doherty and director John McColgan to the original Grammy-winning soundtrack that has been re-recorded by composer Bill Whelan. The new production promises to be as powerful, passionate and unforgettable as the original. An effortless blend of innovative lighting and projections, spectacular staging and costume design make the perfect ingredients for a 21st century version of the show.

The tour gets underway on Tue 10 March at BIC Windsor Hall in Bournemouth and will call at venues in Manchester,Edinburgh, Sunderland, Glasgow, Liverpool and many more throughout March-May. The tour ends with a three-day stint at the Eventim Apollo in London from Thu 4–Sun 7 June.