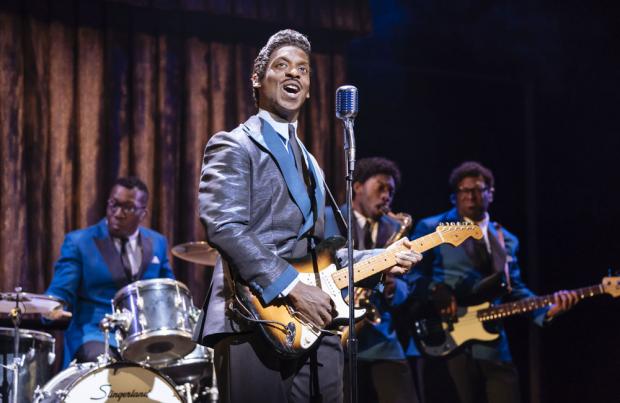 'Tina' has released 'The Hunter' as the second single from the musical's upcoming original London cast recording.

The new rendition of the track – which was originally released as by Ike & Tina Turner in 1969 – has been reworked for the stage show, with Ike actor Kobna Holdbrook-Smith taking the lead on the classic R&B hit.

Nicholas Skilbeck – the production's Arrangements, Additional Music and Musical Supervisor – said: "We repositioned the song to be performed by Ike Turner (Koba Holdbrook-Smith) and The Kings of Rhythm live at Club Mountain in St. Louis in the 1950, showcasing Ike's musical genius and his role in creating the sound of tomorrow.

"When recording, the idea was to give this song a vintage quality but as though it had never been heard before."

The full soundtrack album – which was recorded at Angel Studios in February – will be available on March 29.

Tina herself previously approved of Kobna's casting as her late ex-husband Ike – who she accused of abusing her and controlling her life – but admitted seeing their marriage played out will bring up bad memories of the past.

She said: "It might be painful having to watch him on stage. but I know he's being played by an actor and he can't hurt me."

Tina worked closely with the musical's team ahead of its launch at London's Aldwych Theatre in April last year, and the production is set to return there in 2019.

Meanwhile, leading star Adrienne Warren – who plays Tina on the West End – is set to recreate her role on Broadway later this year.