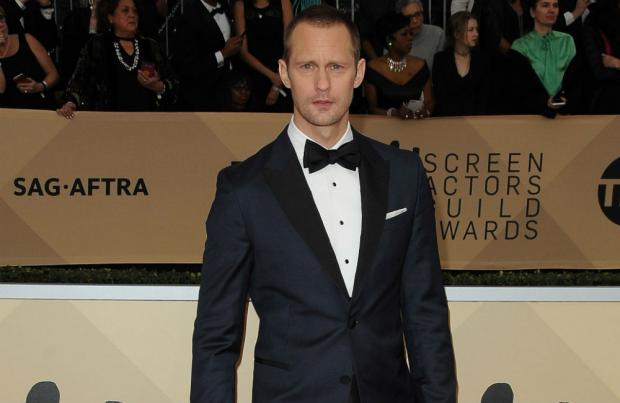 Alexander Skarsgard says 'Godzilla Vs. Kong' is "visually extraordinary" and a completely different role from what he has undertaken in the past two years

The 42-year-old actor stars in the upcoming monster head-to-head blockbuster – scheduled for release in 2020 – and he has teased that the role is big and fun and completely different to the characters he has portrayed onscreen in the last two years.

Speaking to Collider about the project, he said: "We've been shooting for two months, we were in Hawaii for a month we were in Australia for a month and I fly back tomorrow morning to continue. I'm having so much fun, I'm loving it I really am.

"It's quite different for The Aftermath, and from most movies I've been doing the past two years I've done a lot of slightly more cerebral, emotionally intense dramas. So in that way it was quite cathartic and it was exciting to something big and fun and I love the character I play in it and visually it's pretty extraordinary."

The Adam Wingard-directed movie follows on from Gareth Edwards' 'Godzilla' and Jordan Vogt-Roberts' 'Kong: Skull Island' and 'Godzilla: King of the Monsters', which is slated for release in 2019.

Skarsgard will be joined in the film by Julian Dennison – who starred in 'Deadpool 2' – and Brian Tyree Henry, as well as the Oscar-nominated Demian Bichir and Millie Bobby Brown.

Meanwhile, the Swedish star also plays Keira Knightley's [Rachael Morgan] love interest Stefan Lubert in the James Kent directed drama 'The Aftermath', which is set in 1946 postwar Germany, and he insisted that it was the "complexity" of the script that attracted him to the role.

He added: "Well I've read quite a few post world war two movies, what made me excited about this one is it felt very different. That world where two narratives is often quite good versus bad, everyone this side is a hero and everyone in Germany is a villain.