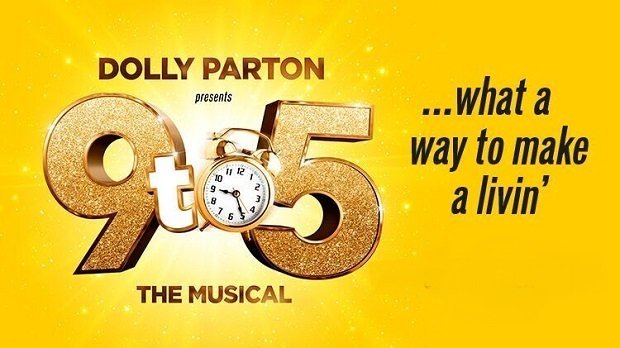 Dolly Parton's hit production, 9 to 5 The Musical, will tour in late 2019 following a hugely successful run at London's Savoy Theatre. Throughout September and November the production will call at Birmingham, Manchester, Milton Keynes, Liverpool, Glasgow and many more. Tickets are on sale now.

The musical features the Oscar, Grammy and Tony award-nominated original score by legendary country singer and pop icon Dolly Parton. Since premiering in 2008 8 to 5 The Musical has been successfully touring the globe since 2008 with shows in the US, UK, Brazil and Germany. It has received a staggering 15 Drama Desk Award nominations.

Presented by Dolly herself, and inspired by the cult film, the musical details the story of workmates Doralee, Violet and Judy who are pushed to the edge by a sexist supervisor. As the three ladies prepare to take revenge on the boss and reform the office, the CEO pays a surprise visit, turning everything on its head. The story unfolds to the award-winning score which features over 15 hits including the famed '9 to 5' and 'Backwoods Barbie'.

Tickets for 9 to 5 The Musical are on sale now.

Smash-hit musical written by country superstar Dolly Parton detailing a tale of three workmates determined to alter their workplace environment. The award-winning score features over 15 hits including the famed '9 to 5' and 'Backwoods Barbie'.