Lighthouse Family to embark on UK tour this November 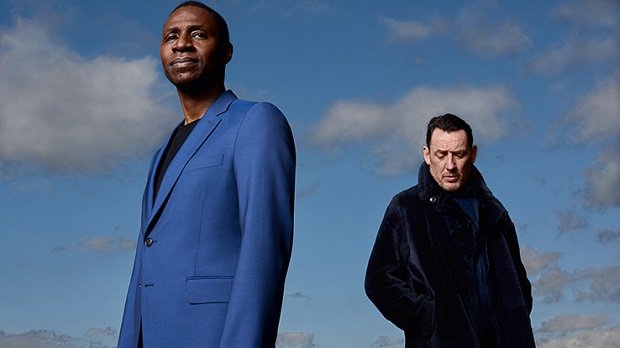 Lighthouse Family are back making music and have announced a nine-date tour for late 2019. Tickets go on sale at 10am on Fri 29 Mar.

The group formed at Newcastle University before finding success in the '90s. Their 1995 debut album, Ocean Drive, was a chart hit, spawning singles 'Lifted', 'Goodbye Heartbreak', 'Loving Every Minute' as well as title track 'Ocean Drive'.

Follow up albums Postcards from Heaven and Whatever Gets You Through the Day featured top-ten hits 'High', 'Lost In Space' and 'Free/One'.

Now fans will be making room for new release Blue Sky In Your Head, which is available from Fri 3 May. The double album will feature new material alongside a remastered version of the duo's most known hits. The record and the tour mark 25 years of Tunde Baiyewu and Paul Tucker making music together.

The 2019 tour calls at Birmingham and Glasgow before a special gig in the city where it all began - Newcastle. Shows will then go ahead in Nottingham, Halifax, Manchester, Bexhill and Bournemouth with a final show at the London Palladium on Fri 2 Nov. Fans can expect to dance to Lighthouse Family hits and new material from the forthcoming album.

Tickets for the Lighthouse Family 2019 tour are available from 10am on Fri 29 Mar.

British pop duo made up of vocalist Tunde Baiyewu and keyboardist Paul Tucker.