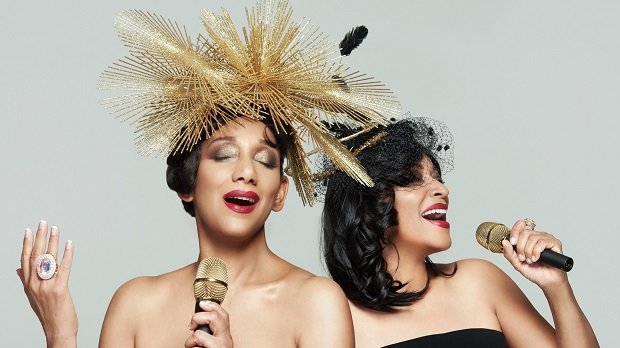 Celebrate the best music of the decade with Sister Sledge, Jason Donovan and more

The 80s Invasion Tour asks you to welcome nostalgia with open arms, to dance and celebrate the phenomenal music of the decade with Sister Sledge, Jason Donovan, Martika, Five Star, Hue & Cry and The Fizz (formerly Bucks Fizz). Presale tickets for 80 Invasion are on sale now. Tickets for the tour are available from 9am on Fri 5 Apr.

The tour returns for another year with seven nostalgia acts confirmed and more to be announced. Sister Sledge lead the bill. The group made it big with their album We Are Family in 1979, selling millions of records worldwide with the album. Multiple chart anthems include 'Lost In Music', 'We Are Family', 'He's The Greatest Dancer'. 1985 hit 'Frankie', reached No. 1 in the UK where it remained for four weeks.

Jason Donovan will also perform on the 12-date tour. The actor turned pop star turned theatre regular will perform hits like 'Nothing Can Divide Us', 'Too Many Broken Hearts', and 'Sealed With A Kiss'. Who knows, maybe he'll pull out a few tunes from The Amazing Technicolor Dreamcoat.

The tour kicks off on Tue 29 Oct at the Royal Concert Hall in Nottingham before nights in Cardiff, Birmingham, Hull, Manchester. The six acts then move on to Glasgow, Newcastle, Liverpool and Brighton before a night at the Eventim Apollo in London on Sun 10 Nov. The final show of the tour goes ahead on Mon 11 Nov at the Bournemouth International Centre.