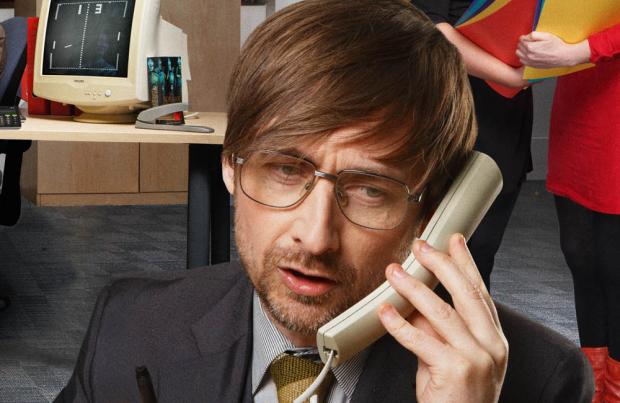 The Divine Comedy will release new album 'Office Politics' ahead of their UK tour.

The record focuses on a series of "Irreverent characters" and will also feature synths and "songs about synths", as well as the usual orchestral and guitar sounds fans expect from the Neil.

The 48-year-old star – who is the only constant sole member of the band – claims the album is a double album in a tongue-in-cheek memo he shared on the band's website, but it actually fits onto one CD and is comprised of 16 tracks.

He said: "'Office Politics' is a 16 track tour de force full of inventive, timeless music peopled with a typically irreverent cast of characters.

Neil – who wrote the theme tunes for the television sitcoms 'Father Ted' and 'The IT Crowd' – continued: "I do try to make normal records. But it always seems to wander off into odd territories."

A "production" note on the letter reads: "Neil, you can call it a double album if you want (and it is double vinyl) but it all fits on one CD, and I don't think a double download is even a thing? Thanks, Production."

Neil wrote, produced and arranged the whole project in London and Ireland.

The lead single 'Queuejumper' is out now, and the album – which is available in various formats, including CD, double vinyl and deluxe edition – will follow on June 7.

The Divine Comedy – who have achieved nine UK Top 40 singles, including top 10 hit 'National Express' – will kick off their tour at Dublin's Bord Gais Energy Theatre on October 6, and wrap up the run with a show at Manchester's Albert Hall on March 18.

The track-listing for 'Office Politics' is as follows: