Elvis In Concert – Live on Screen set for UK tour 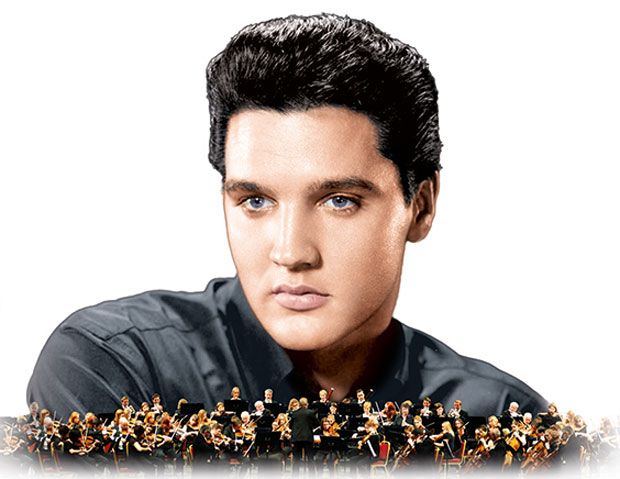 The critically acclaimed Elvis In Concert – Live on Screen concert series is back and making its way to arenas across Europe in late 2019. The specially designed shows feature vintage footage of the king of rock 'n' roll in concert, projected on a state of the art HD screen, backed by a full 40 piece symphony orchestra.

The latest instalment, which celebrates his greatest hits, is set for six UK arenas, wrapping things up at The O2 in London on Sun 1 Dec. Tickets for the shows are available from 9am on Fri 12 Apr.

Following the 2015 release of the chart-topping record If I Can Dream: Elvis Presley with the Royal Philharmonic Orchestra came the launch of Elvis Live In Concert - On Screen. The specially designed show has sold out venues across Europe and Australia including four dates in the UK in late 2017.

The 2019 tour sees the Royal Philharmonic Orchestra mark 50 years since Elvis' triumphant return to live performing - as he took up his infamous Las Vegas residency in 1969 - the 2019 tour will feature very special personal appearances from Priscilla Presley and long term Elvis associate Jerry Schilling, who will be sharing intimate stories, personal photos plus rare home movies.

Speaking of the new show Priscilla Presley said 'We're BACK and better than ever! I am thrilled and honoured to be returning to the UK. Please join me live on stage to present this brand new show backed by the Royal Philharmonic Concert Orchestra , Elvis's TCB Band, never before seen new footage of Elvis, and more surprises, including, Jerry Schilling and myself on stage sharing our stories. This will be a once in a lifetime show... you won't want to miss.'

Tickets for Elvis In Concert – Live on Screen go on sale at 9am on Fri 12 Apr.

ELVIS In Concert – Live on Screen

The highly acclaimed Royal Philharmonic Concert Orchestra perform The King's most iconic and beloved pop and blues-rock hits to accompany archive recordings and an on-screen video of the man himself.