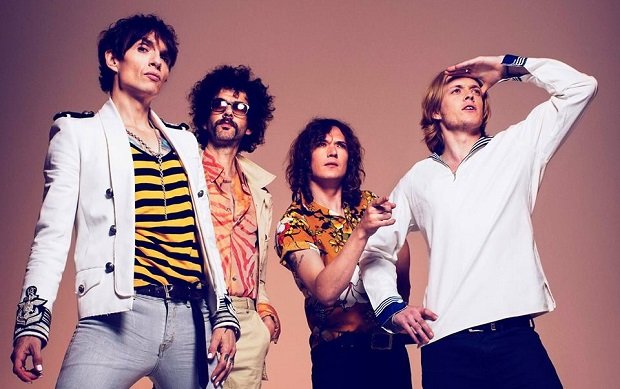 Put away chocolate eggs, say goodbye to the festive bunny and prepare for a sonic apocalypse this December

The Darkness are back with a brand new album and confirmed live dates for late 2019. The Hawkin brothers and the gang head out for 12-dates this December. Tickets for the shows go on sale at 10am on Fri 12 Apr.

News of the tour follows the announcement that The Darkness will release their sixth album, Easter is Cancelled, later this year. The band have encouraged fans to 'put away chocolate eggs, say goodbye to the festive bunny and prepare for sonic apocalypse!'

The record follows on from 2017's Pinewood Smile, but it was 2003 debut Permission To Land that earned the group a place in contemporary music history. Its hits like 'Get Your Hands off My Woman', 'Growing on Me', 'I Believe in a Thing Called Love' and of course 'Christmas Time (Don't Let the Bells End' that come to mind when you think of the band.

The Darkness' 2019 UK tour kicks off on Sun 1 Dec at the O2 Academy in Birmingham. The four-piece then head out on a three-week romp before finishing up on Fri 20 Dec at The Roundhouse in London.

The classic rock revivalists return from the wilderness.