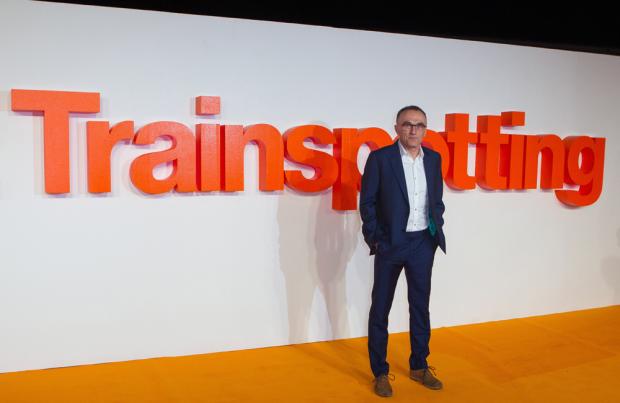 Danny Boyle is set to reunite with Irvine Welsh to create a biopic about Alan McGee based on Alan's book 'The Creation Records Story: Riots, Raves and Running a Label'

Danny Boyle is set to reunite with Irvine Welsh on a biopic about Alan McGee.

The 62-year-old director – who helmed the 1996 cult classic 'Trainspotting', which was based on the writer's novel – will work with the author to bring the Creation Records boss' story to life on the big screen, serving as executive producer on the project.

Irvine, 60, has written the screenplay based on Alan's book 'The Creation Records Story: Riots, Raves and Running a Label' with his partner Dean Cavanagh, while Nick Moran is on board to direct.

The movie will tell the story of the record label owner as he signs the likes of Oasis, Primal Scream, My Bloody Valentine and Teenage Fanclub.

The cast will also include Jason Flemyng – who starred alongside Nick in the hit 1998 Guy Ritchie crime thriller 'Lock, Stock and Two Smoking Barrels' – Rupert Everett and Suki Waterhouse.

However, it's not yet clear who will portray the iconic musicians, including Oasis brothers Liam and Noel Gallagher or Primal Scream's Bobby Gillespie.

In a statement, the 'Filth' author admitted he couldn't be happier to be writing the movie.

He said: "I've been lucky to work with both Danny and Nick over the years and to have the two of them together on this project, along with Ewen, feels like a lottery win."

And Nick added: "Working as a team with Danny on this film is a dream... The last time him and Irvine worked together they changed the world of cinema. Who wouldn't be excited to be part of that team!"

McGee is best known for co-founding and running the independent Creation Records label from 1983 to 1999.

Shooting will begin in London next month.