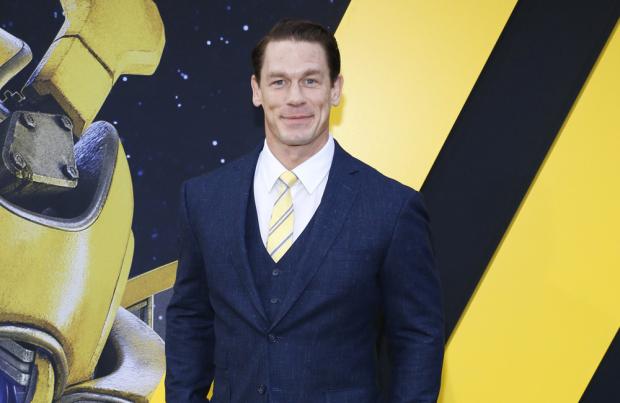 John Cena is reportedly being eyed for a role in the 'Suicide Squad' sequel.

According to Variety, the WWE star-and-actor is reportedly in talks to join James Gunn's follow-up to the 2016 DC ensemble movie.

It's not known what part he's wanted for, but if he does sign up, the 'Bumblebee' star will be joining returning cast members including Margot Robbie (Harley Quinn), Jared Leto (The Joker), Jai Courtney (Captain Boomerang) and Viola Davis (Captain Waller).

The latest rumour surrounding the comic book flick comes after it was reported that Idris Elba will play a new character, rather than replacing Will Smith as Deadshot.

The 46-year-old actor was previously believed to have signed up to portray the gunslinging adversary of Batman after Smith exited the project in February.

However, Variety reported that bosses involved with the sequel, including director Gunn, had decided to move on from the Deadshot character and axe him from the movie, with Elba instead taking on a new role.

It's still not known what DC villain the 'Luther' star will take on instead, but it was claimed the decision was made as bosses didn't want to disrespect Smith by replacing him, as he'd helped to bring Deadshot to life on screen for the first time.

The publication also claimed the decision leaves the door open for Smith to return to the role in the future, since his reason for departing the franchise was simply a scheduling conflict, rather than creative differences.

Gunn is back at the helm of the sequel flick after it was previously revealed he is writing the script.