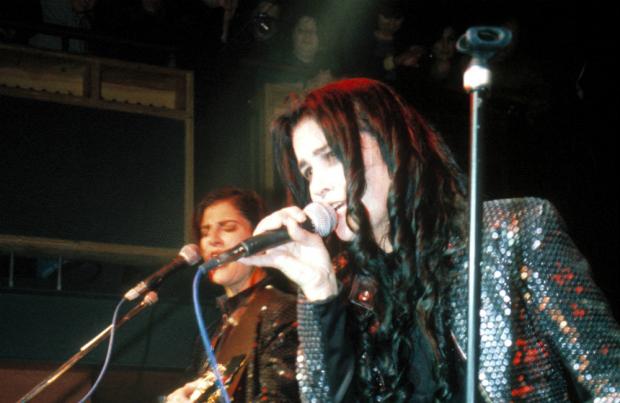 The 'Stay' hitmakers, made up for former Bananarama star Siobhan Fahey and US musician Marcella Detroit, are set to return to the stage this year after reportedly settling their feud.

An industry insider told The Sun newspaper's Bizarre column: "It's taken years to broker this truce and reunion between Siobhan and Marcella.

"They're both such strong-willed women but they know they make some of their best music when working together.

"The rumours have been circulating for a while and finally they're true."

The pair's 1992 hit 'Stay' remained at number one in the UK for eight consecutive weeks, but Siobhan – who founded the group in 1988 – axed Marcella from the band in 1993.

Marcella found out she had been booted out of the duo when Siobhan's publisher read out an acceptance speech at the 1993 Ivor Novello Awards ceremony after Shakespears Sister's second studio album 'Hormonally Yours' had won Best Contemporary Collection of Songs.

In the speech, Siobhan wished Marcella "all the best for the future" and added "all's well that ends well".

But the record failed to chart and the project disappeared again.

She had departed the group in 1988 to form Shakespears Sister, which was initially a solo act until Marcella joined in 1989.

Shakespears Sister is Siobhan Fahey's band, first rocketing into global consciousness in 1989 with the release of debut album Sacred Heart and its massive hit single You're History both hitting the UK top 10. Returning in 1991 as a duo with Marcella Detroit, Shakespears Sister soon set the world ablaze again with the…