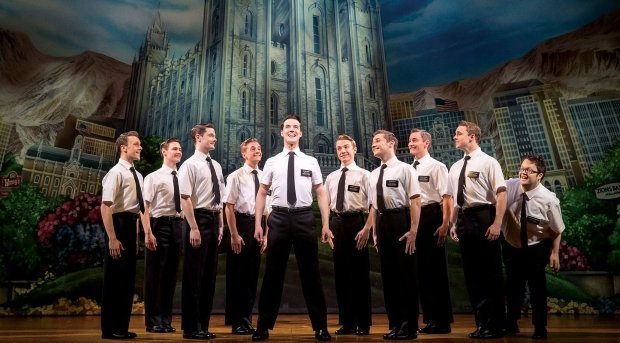 The Book of Mormon is the award-winning smash hit musical that has taken Broadway and the West End by storm. The musical is set to tour the UK throughout 2019/2020 kicking things off at Manchester Palace Theatre in June. Due to huge demand the show's run has been extended by two weeks, now running up until Sat Aug. Tickets for the Book of Mormon's newly announced dates are on sale now.

The Manchester run marks the first of the production's national tour. The show comes to the 1,955 capacity venue from June–August before moving on to a residency at Sunderland Empire.

The satirical musical from South Park and Avenue Q creators tells the story of two Mormon missionaries who travel from Salt Lake City to share the teachings of their religion with a remote Ugandan community. It has bagged multiple awards including Grammys, Tonys and has been hailed a must-see musical.

The Book of Mormon runs at the Palace Theatre from Thu 6 Jun-–Sat 10 Aug. Tickets for all shows are on sale now.