The Raconteurs announce London show ahead of forthcoming album 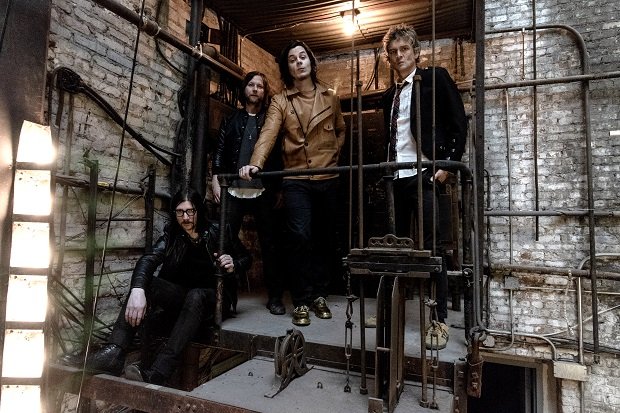 The Raconteurs have announced they will perform an intimate gig at the Electric Ballroom in Camden, London on Wed 22 May. Tickets for the show go on sale at 10am on Fri 10 May.

The rock supergroup – made up of Jack White, Brendan Benson, Jack Lawrence and Patrick Keeler – recently confirmed news of their long-awaited new album, Help Us Stranger. The record is rumoured to be available from Fri 21 Jun.

The Raconteurs originally formed and released their debut album Broken Boy Soldiers back in 2006. This album spawned the well-known hit single 'Steady, As She Goes' and was followed by 2008's Consolers of the Lonely, which earned a nomination for Best Rock Album at the 51st Grammy Awards.

Now 11 years on, the band are back with a new record and more live shows in the pipeline. The band will perform in Camden ahead of a slot at All Points East where they will support The Strokes on Fri 25 May. Support for the Camden show comes from English alt-rockers Yak.

The Raconteurs perform at Camden's Electric Ballroom on Wed 22 May. Tickets for the show are available at 10am on Fri 10 May.

Detroit garage supergroup formed by laughin' Jack White and rompin' Brendan Benson, plus some guys from the Greenhornes.