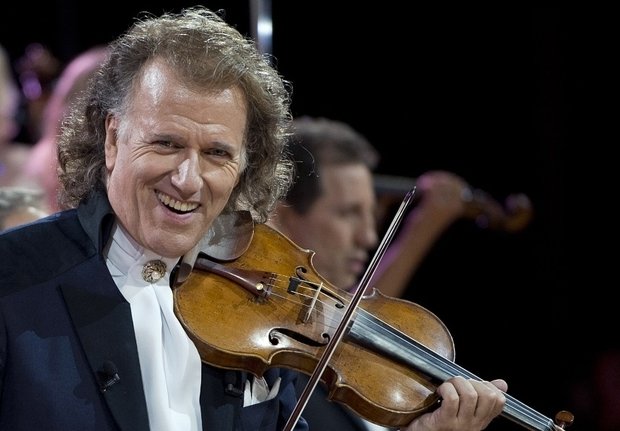 'Maestro of the Masses' returns with the Johann Strauss Orchestra

André Rieu, aka the Dutch 'King of Waltz', will bring his Johann Strauss Orchestra back to the UK in April and May 2020. Across seven nights he will perform in London, Leeds, Birmingham, Belfast, Nottingham, Liverpool and Glasgow. Tickets for the shows are available at 10am on Fri 17 May.

André Rieu has been dubbed the 'Maestro of the Masses' (New York Times), and has been praised for bringing classical music to the mainstream. He returns to the UK next year with his 60-piece Johann Strauss Orchestra, the largest private orchestra in the world.

For the 2020 tour audiences can look forward to fantastic melodies from film, musical, opera and operetta as well as traditional music. Waltzing is also welcome.

The 'Maestro of the Masses' brings popular tunes from film, musicals, operas and operettas to an arena near you.