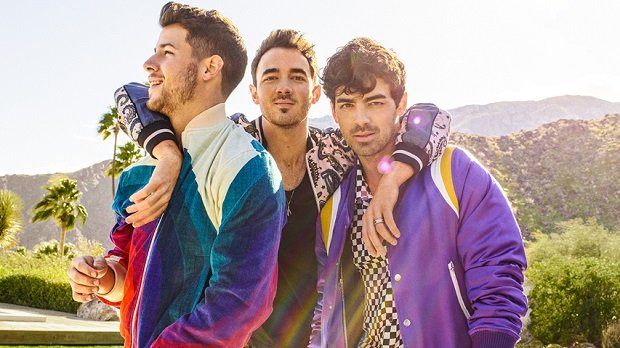 The Jonas Brothers have announced that they will perform in the UK in early 2020. The trio, who haven't toured in almost a decade, will take to arenas across the UK at next January and February. Tickets for the Jonas Brothers' UK shows go on sale at 10am on Thu 6 May.

The group, made up of brothers Nick, Joe and Kevin, are gearing up for the release of their long-awaited fifth album Happiness Begins. The record will be their first since 2009's Lines, Vines and Trying Times.

From Disney stars to Grammy nominations, these guys have an ever expanding portfolio of work and fans across the globe. Since their debut album It's About Time was released in 2006 they have sold over 17 million albums worldwide. Well known hits from the bros include 'S.O.S', 'Burnin' Up', and 'Lovebug'.

Following a six year split the group made a surprise comeback with the single 'Sucker'. The track is the lead single from the forthcoming album. The Jonas Brothers kick of their UK tour on Wed 19 Jan at Birmingham Arena, call at The O2 Arena for two nights on Sun 2 Feb and Mon 3 Feb before final shows in Glasgow and Manchester.

Tickets for the Jonas Brothers UK tour go on sale at 10am on Thu 6 Jun.

When a musical group sells more than 20 million albums, they must be doing something right… and are usually satisfied to do more of the same. Not true with the Jonas Brothers. At the height of their career, this pop trio phenomenon took a three-year hiatus to refocus their creative energies. The result is an electrifying…