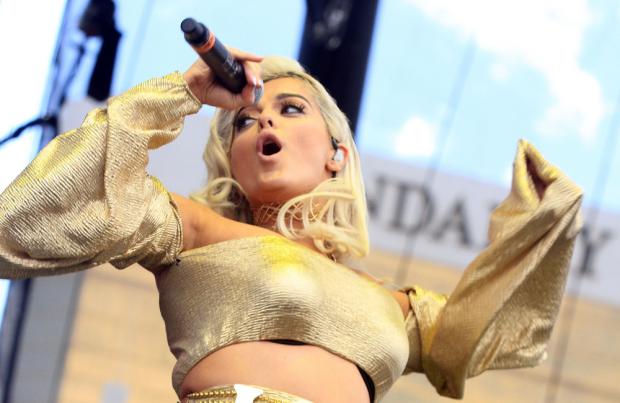 Bebe Rexha's new album will be "very empowering and "in-your-face".

The 'I Got You' hitmaker recently returned with new single 'Call You Mine' with The Chainsmokers, and after teasing fans with feminist lyrics on Twitter, Bebe has revealed what fans can expect from her follow-up to her 2018 debut studio album 'Expectations'.

Asked if the new record will arrive before the end of the year, Bebe exclusively told BANG Showbiz: "I am heading off to the studio now and I am just creating, creating and creating."

And when quizzed on whether her new tunes will have a feminist, girl power vibe, she spilled: "Absolutely. Everything I have been writing now is very empowering and in-your-face and I am really excited about it."

The 'Mean't to Be' hitmaker released 'Call You Mine' around the same time as fellow female pop stars, including Katy Perry, Miley Cyrus, Camila Cabello and Tove Lo, dropped their latest music last week, and she admitted she was particularly excited to hear Miley's new EP 'She Is Coming' as a huge fan of the 'Nothing Breaks Like a Heart' hitmaker.

Asked if she has a competitive streak, Bebe said: "Everyone is always a little competitive. That's a normal human nature trait.

"I am actually really excited. I am a big fan of Miley. I love everything she puts out, I am very excited actually."

Bebe has just teased fans that she would love to collaborate with Ariana Grande on a girl power anthem.

When a fan suggested the pairing on Twitter, the 29-year-old pop star replied: "Yes x1000 I wanna do like a girl anthem. (sic)"

Meanwhile, the Grammy-nominated singer is set to play Isle of MTV Malta on July 9, and she has hinted that she could give 'Call You Mine' its live debut at the concert.

On the possibility, she said: "Maybe, yeah. That is a good Idea I haven't though about that."