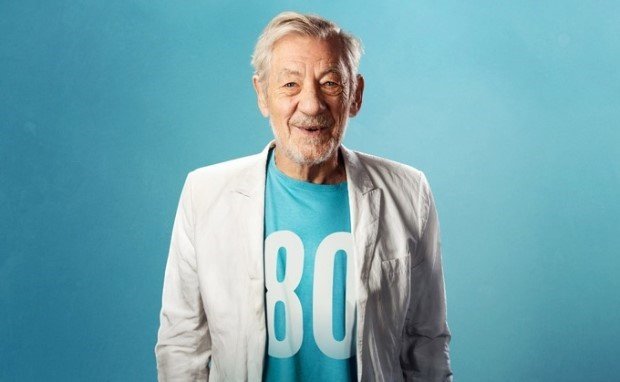 Due to huge demand, the legendary actor Sir Ian McKellen has added new dates to his huge UK tour. McKellen will bring his one-man show Sir Ian McKellen On Stage to the Harold Pinter Theatre from Fri 20 Sep 2019–Sun 5 Jan 2020. Tickets for the shows will be available at 10am today (Fri 14 Jun) via ATG .

The tour, which began in January of this year, was formulated by McKellen not only to celebrate his 80th birthday, but to thank the regional theatres of the UK that launched his career. All proceeds from the tour will go to British Theatre.

Speaking of the new days, Sir Ian McKellen commented: 'Soon I will be back in London, for a limited season in the West End, raising much-needed funds for theatre charities. For each performance at the Harold Pinter Theatre, I'm glad that there will be 80 tickets at just £10. As for the show? Ask someone who's seen it. Come and find out.'

The one-man show includes anecdotes, acting and audience participation, as McKellen draws on roles from his extensive stage and screen credits. Fans can expect to see everything from Gandalf to Shakespearian characters and more.

McKellen's acting portfolio spans almost six decades. A true acting great, he is the recipient of six Laurence Olivier Awards, a Tony Award, a Golden Globe Award, a Screen Actors Guild Award and a BIF Award, to list but a few of the great actor's accolades. McKellan was knighted in 1991 for his services to the performing arts.

Tickets for Sir Ian McKellen on Stage at the Harold Pinter theatre are available at 10am on Fri 14 June. Remaining tickets for all other dates are on sale now.