Neil Hannon has written 12 songs for the Father Ted Musical 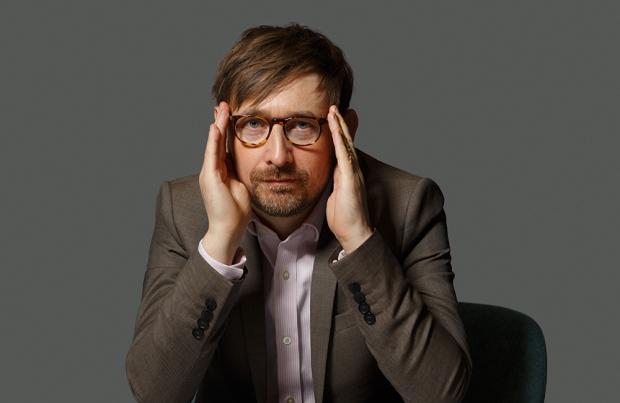 Neil Hannon has written 12 songs for the 'Father Ted' musical.

The 48-year-old singer has just released a new Divine Comedy album but is still busy writing new tracks that will feature in the stage adaptation of the acclaimed '90s sitcom.

Hannon – who penned the theme song to the original Channel 4 series – believes that 10 of his compositions will make it into the final show, which is being penned by 'Father Ted' creators Graham Linehan and Arthur Matthews.

Speaking exclusively to BANG Showbiz, Neil spilled: "I've written bloody loads for it, maybe 12 songs are in so far, maybe 10 will make it, that's because Paul Woodfull is also writing some songs for it – he has worked with Arthur before – and he's done about four or five songs so we're sharing the load.

"The songs are coming on really well, the first draft of the script is pretty much finished, all the songs are written apart from a couple and we're workshopping bits with actors and things like that. It's really, really entertaining and hopefully thought provoking. I think it will be really good. It's still going to take a while, there are still a lot of bits of the process to go through before it hits the stage."

Hannon was also responsible for writing the music to the song 'My Lovely Horse' which featured in fan favourite episode 'A Song for Europe'.

The beloved episode sees Father Ted (Dermot Morgan) and Father Dougal (Ardal O'Hanlon) enter a track for Eurosong, a rip-off of the 'Eurovision Song Contest'. The plot lampooned the competition and Ireland's numerous wins in it during the '90s.

Hannon admits, 23 years after the episode aired in 1996, he still finds it odd why so many people love the nonsensical song.

The musician – who included 'My Lovely Horse' as the B-side to The Divine Comedy's 1999 single 'Gin Soaked Boy' – mused: "I don't know why people like 'My Lovely Horse' so much. I mean, I like it, I think it's really funny but I have no idea why it has become such an obsession but I am very grateful for it. I can't take credit for the lyrics but the music is all mine."

The words to the track, which accompanied Hannon's music, were penned by Linehan and Mathews.

The Divine Comedy's new album 'Office Politics' is out now and their UK and Ireland headline tour takes place in October, with tickets on sale now.