The Darkness announce show at Portsmouth Pyramids Centre, here's how to get tickets 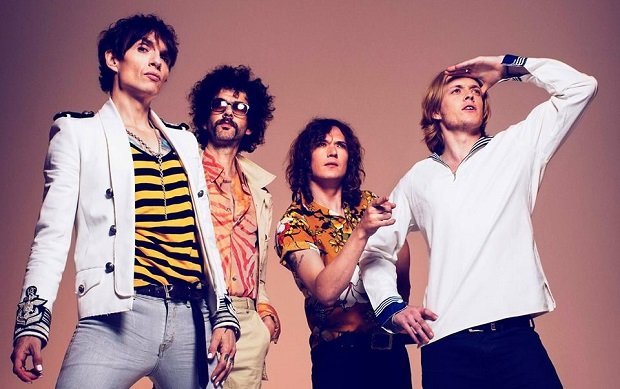 The Darkness revealed news of a brand new album earlier this year that is to be supported with a UK tour throughout December. The forthcoming record, Easter is Cancelled, is set for release on Fri 4 Oct ahead of a string of live shows kicking off on Sun 1 Dec. Due to demand, the group has announced they will perform at Portsmouth Pyramids Centre on Mon 9 Dec. Tickets for the newly announced show go on sale at 12pm on Fri 28 Jun.

The latest record will be the band's sixth and follows on from 2017's Pinewood Smile. The band achieved mainstream success back in 2003 with debut, Permission to Land. It's hits like 'Get Your Hands off My Woman', 'Growing on Me', 'I Believe in a Thing Called Love' and of course 'Christmas Time (Don't Let the Bells End)' that come to mind when you think of The Darkness.

Tickets for The Darkness at Portsmouth Pyramids Centre go on sale at 12pm on Fri 28 Jan.

The classic rock revivalists return from the wilderness.