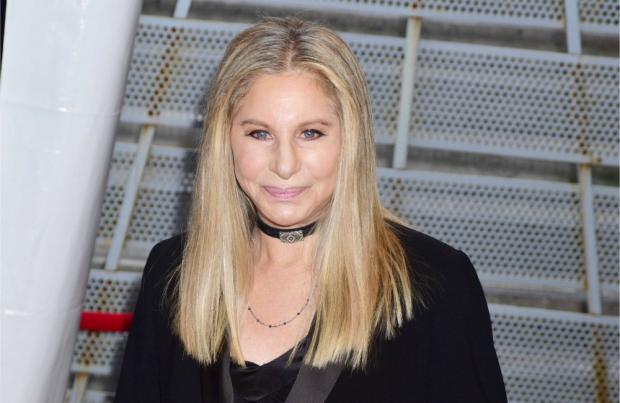 Barbra Streisand's cloned dogs came out on stage in a custom made pram at her concert in Hyde Park, London, on Sunday (07.07.19)

Barbra Streisand brought her cloned dogs out in a pram at British Summer Time Hyde Park on Sunday (07.07.19).

The 77-year-old music legend had her pets Miss Scarlet and Miss Violet, who she had cloned from her beloved pooch Samantha, a fluffy white Coton de Tulear breed, before she died in 2017, walked out on stage in a mini custom made carriage to have a quick petting from the 'Woman in Love' hitmaker, who joked that she wasn't sure if they were into "show business".

Before performing a surprise duet of 'The Way We Were' with Lionel Richie, which they recorded for her 2014 duets LP 'Partners', and had never performed live together before, the 'Hello' singer asked where the 'Don't Rain On My Parade' hitmaker's dogs were as he said he felt like he was in the 'Meet the Fockers' star's front room.

According to The Sun newspaper's Bizarre column, it was rumoured Barbra had some of her grass from home brought over to the UK with her for their comfort.

The music icon – who performed hit-after-hit and was also joined on stage by Kris Kristofferson to perform their 'A Star Is Born' duet 'The Love Inside' live for the first time ever, over four decades after the films release in 1976 – reportedly had a three-hour rehearsal before taking to the Great Oak Stage with her orchestra at the Barclaycard-sponsored event.

An insider told the tabloid: "She wanted to sound perfect. She was heard asking for 'more cello' as she made sure the orchestra was on point."

Barbra's husband James Brolin recently admitted his wife's decision to clone their dog will become as normal as going to a convenience store in the future.

The 78-year-old actor and his singer spouse had Samantha recreated by a lab in South Korea from cells taken from her mouth and stomach before she passed away at the age of 14.

'Life In Pieces' actor James admitted the process was "a little expensive" and considered to be a little odd but eventually it will become as normal as "driving into a 7-Eleven" store.