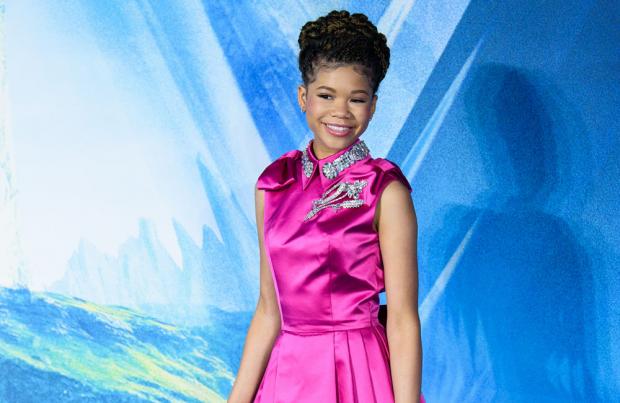 The 16-year-old actress is set to play Idris Elba's on-screen daughter in the upcoming follow-up to the 2016 DC Comics ensemble movie 'Suicide Squad'.

Elba, 46, will play a new character in the sequel, rather than replacing Will Smith as hitman character Deadshot as was first believed. This is so Smith, 50, can return to the DC Extended Universe in the future.

It is not yet known what DC Comics villain Idris will play instead, but it has been confirmed that Margot Robbie will be reprising her role as Harley Quinn, Jai Courtney is back as Captain Boomerang and Joel Kinnaman will return as Rick Flag and Viola Davis is back as Amanda Walker.

WWE wrestler John Cena has also joined the cast alongside Daniela Melchior, who will play Ratcatcher.

In the original comics, Ratcatcher was a man, who was one of Batman's enemies, but it has now been revealed that the part will be portrayed as woman with a connection to Elba's character.

"It's everything you would hope from a James Gunn script and I think that says a lot and that promises a lot and I know that we will deliver a lot."