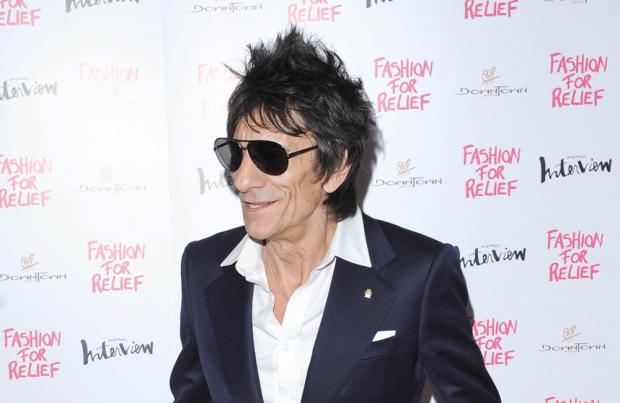 Ronnie Wood is recording his first solo album in almost a decade, which is due to be released in October this year

Ronnie Wood is recording his first solo album in almost a decade.

The Rolling Stones rocker last released a solo record in 2010 with 'I Feel Like Playing', and after taking a break from his own music to head on tour with the 'Satisfaction' hitmakers, he's set to come back to his solo career this October, as a new album is in the pipeline.

Ronnie's album will drop later this year to coincide with a documentary about the 72-year-old guitarist's life, and insiders say it "hasn't been easy" putting together the new projects.

A source told The Sun newspaper's Bizarre column: "This album and the TV show is a big deal for Ronnie. He hasn't done any solo recordings since 'I Feel Like Playing' and 'Live In London' in 2010.

"He felt it was time to tell his story with a programme he fully cooperated with. It's likely to be with the BBC or Netflix and offers a very candid look back on his life.

"But making this documentary, which has taken four years to complete, and the album, hasn't been easy. He's had to juggle so many things over the last decade."

Ronnie married his third wife Sally Humphreys in 2012, and the couple welcomed twins Gracie and Alice in 2016.

A year later, the 'Gimme Shelter' rocker had to have part of a lung removed due to cancer, after he refused to have chemotherapy.

After recovering from his operation, Ronnie is now on the road with the Rolling Stones, completing their 'No Filter' world tour, which saw several dates postponed after band mate Sir Mick Jagger had to have heart valve replacement surgery in April.

The tour is set to finish in Miami on August 31, which gives Ronnie some time to put the finishing touches on his record ahead of its planned October release.