Alan McGee: It will take tragedy to reunite Gallagher's 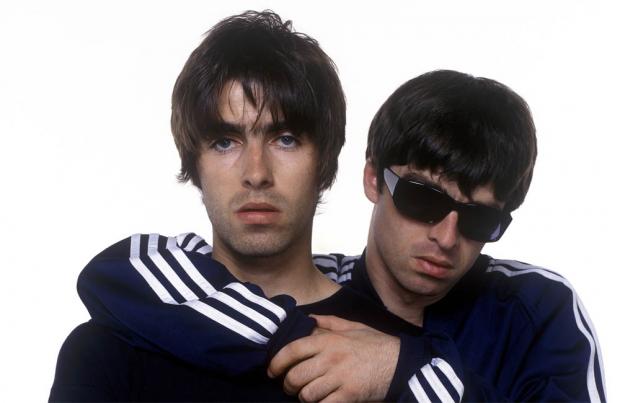 Alan McGee says it will take a "tragedy" to reunite warring siblings Liam and Noel Gallagher.

The man who discovered Oasis and signed them to his independent label Creation Records in 1993 believes it will take some really "bad news" for the brothers to stop hating one another and put their differences aside and reform the Britpop group.

Speaking on Clint Boon's Humans of XS Manchester podcast, McGee said: "They're not going to get back together at any time soon, but the only thing that might happen is the circumstances might change in people's lives.

"I don't want to say what I think that might be, but it could be anything, it could be bad news and then they're thrown together and then suddenly it's like: 'I don't hate.'

"But at the moment I can't see it anytime soon."

Director Danny Boyle, who is helming the upcoming film 'Creation Stories' about McGee, admitted he thinks the former bandmates – who have been at loggerheads ever since a massive fight erupted between the pair backstage at their final concert in Paris in 2009, leading to the demise of the 'Wonderwall' hitmakers – says he can see Liam and Noel being "thrown together by fate", but he doubts very much Oasis will get back together.

Speaking on Clint's 'Storytime with Boon' podcast, he said: "You'd have to think they might become friends at one time, because life never runs smooth.

"Through fate they'll be thrown together at some point, whether they'll ever be in a band with each other again I don't know, I can't call that.

"I know there's a lot of hurt feelings on both sides, with Noel anyway I know there is."

Liam, 46, recently tweeted that if he was Prime Minister of the UK, he would "make it law" for Oasis to get back together, but Noel, 52, mocked the idea.

The band's former guitarist, who has called ex-frontman Liam's fans who hate his solo work 'Parka Monkeys' in the past, said: "If they want to hear old Oasis songs they're being played by a fat man in an anorak somewhere, you know, with shorts on so they can go and see that.

"I've no desire at all to get back involved with Oasis."

The 'Black Star Dancing' hitmaker – who quit Oasis immediately after their Paris gig fight – insisted their fans are stuck in the past and "refuse to believe" it's over.

He continued: "I'm afraid Oasis is in the past and that's it.

"There's a lot of people in England who refuse to accept that it's over.

"They refuse to believe that is the way it ends because they didn't want it to end like that.

"I'm afraid life is not like that, you know."