Sleeping with Sirens world tour comes to the UK, get your presale tickets 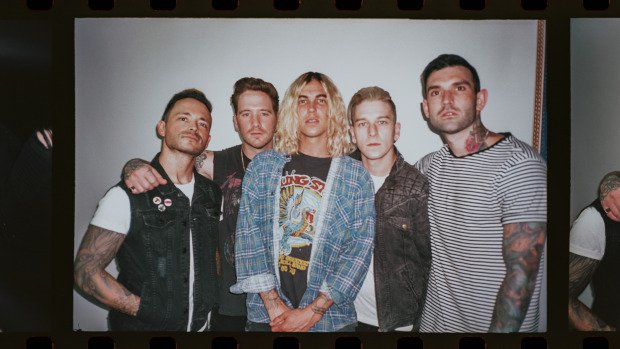 Post-hardcore band will stop at Norwich, Bristol, Glasgow, Birmingham and London in support of their upcoming album How it Feels to Be Lost

The Floridian ensemble, composed of Kellin Quinn, Justin Hills, Gabe Barham, Jack Fowler and Nick Martin will come to the UK this November in support of their forthcoming album, How it Feels to be Lost. Tickets go on sale Fri 26 Jul at 10am, with a Ticketmaster presale going live on Thu 25 Jul at 10am.

Formed in 2009 by members of For All We Know and Paddock Park, their debut album With Ears to See and Eyes to Hear entered Billboard's Top Heatseekers chart at number 7, a feat helped by popular single 'If I'm James Dean, You're Audrey Hepburn'. Since then, Sleeping with Sirens have released a number of albums, from 2011's Let's Cheers to This to the impending How It Feels to Be Lost, to be released this September by Sumerian.

British fans will be the first in Europe to hear tunes such as 'Leave it All Behind' and 'Break Me Down' played live in their upcoming world tour, which will stop at Norwich, Bristol, Glasgow, Birmingham and London.

Tickets for Sleeping with Sirens UK tour go on sale at 10am Fri 26 Jul. The Ticketmaster presale takes place on Thu 25 Jul at 10am.