Michael Ball and Alfie Boe to play stadiums in 2020? 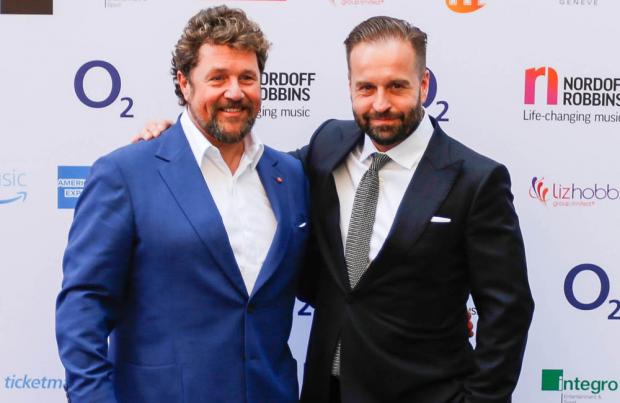 Michael Ball and Alfie Boe will reportedly play stadiums in the UK next year.

According to the Daily Mail newspaper columnist Baz Bamigboye, the musical duo – also known as Ball and Boe – will be playing their biggest shows to date after their arena run in February in support of their upcoming third studio album, which is due out in November, and follows 'Together' and 'Together Again'.

Ball said: "We'll do a little arena tour in February for the album."

A title for the record is yet to be revealed.

Away from their double act, they will also star in 'Les Miserable' on London's West End, whilst Ball released his first solo record in four years, 'Coming Home to You', in March.

When asked how he keeps up his hectic schedule, he quipped: "I'm heavily medicated.

"I'm lucky. You hit a point where I think you get a sense of who you are and what you can do.

"And as long as your health stays good ... plus I feed off the energy of other people."

Ball and Boe bagged two Classic Brit Awards and have achieved over a million album sales as a duo.

Boe – who also released his first studio solo effort in four years, 'As Time Goes By' in November – previously vowed to reunite with his good friend Ball.

He told BANG Showbiz: "We will get back together – we've been speaking about it I think it works and we enjoy working together.

"So it's like a separate little project we've spoken about ideas for a new album and I'm sure it'll happen next year some time, we'll see."