Slipknot confirm 2020 UK tour – how much do tickets cost? 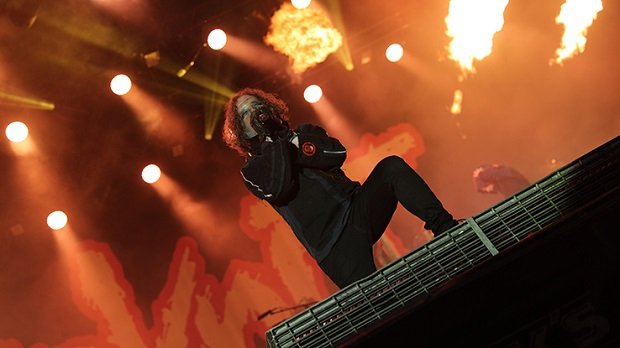 Slipknot have announced an eight-date UK stadium tour for 2020. Tickets for the shows are available from 9am on Fri 30 Aug.

Slipknot released latest album We Are Not Your Kind on Fri 6 Aug. The record marks their sixth and features lead single 'Unsainted'. The 14-track album was met widespread critical acclaim upon release and topped the UK album charts.

Slipknot kick off their 2020 tour on Thu 16 Jan at Manchester Arena before shows in Newcastle, Glasgow, Sheffield, Nottingham and Cardiff. Slipknot round off the tour with a night at The O2 in London on Sat 25 Jan.

How much are Slipknot tickets?

Tickets for Slipknot's Glasgow and Newcastle dates are priced between £43.70–£60.70. Tickets for other venues may vary.

Tickets for Slipknot are available from 9am on Fri 30 Aug.