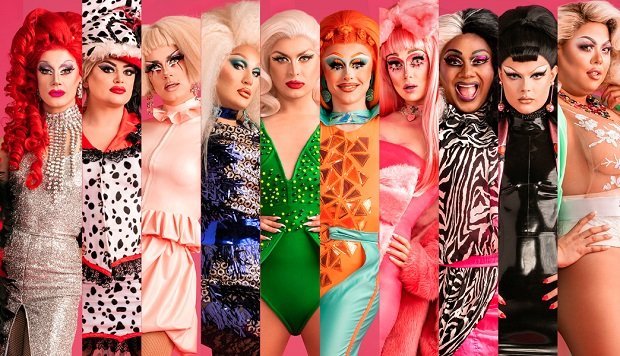 RuPaul's Drag Race UK is coming to TV screens soon, and with it news of a December tour for the show's soon-to-be stars of Season 1. Tickets for the 2019 Season 1 Drag Race tour are on sale now.

The UK version of the phenomenally popular TV show hosted by RuPaul is set to air on Thu 3 Oct on BBC Three. Fans can tune in every Thursday to see the queens battle it out to be the first-ever Drag Race UK winner.

The upcoming tour will be hosted by fan favourite Alyssa Edward and kicks off on Thu 28 Nov at the Tyne Theatre in Newcastle before shows in London, Birmingham, Brighton, Glasgow and Manchester.

The stars of RuPaul’s Drag Race UK season one bring the glitter and glamour on this UK-wide tour.