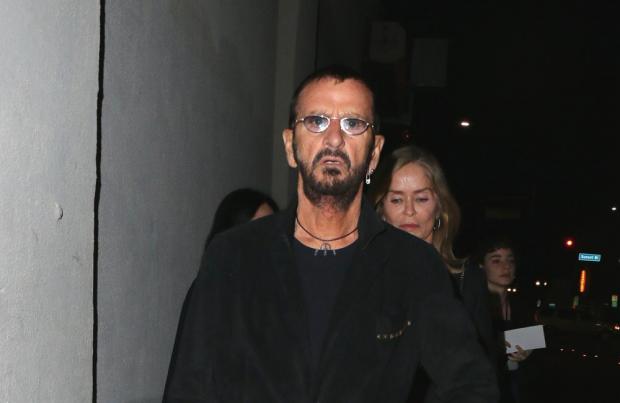 The Beatles drummer has announced details of his 20th studio album 'What's My Name' which will see him collaborate with the 'Hey Jude' hitmaker on a Lennon track called 'Grow Old With Me', and the inspiration came after a conversation with record producer Jack Douglas.

Ringo revealed: "Jack asked if I ever heard The Bermuda Tapes, John's demos from that time...And I had never heard all this. The idea that John was talking about me in that time before he died, well, I'm an emotional person. And I just loved this song.

"I sang it the best that I could. I do well up when I think of John this deeply. And I've done my best. We've done our best.

"The other good thing is that I really wanted Paul to play on it, and he said yes. Paul came over and he played bass and sings a little bit on this with me. So John's on it in a way. I'm on it and Paul's on it.

"It's not a publicity stunt. This is just what I wanted. And the strings that Jack arranged for this track, if you really listen, they do one line from 'Here Comes The Sun' [written by George Harrison]. So in a way, it's the four of us."

Meanwhile, the 79-year-old music legend admitted he still ind his career "a thrill" because he's living out his teenage dream.

He added: "When I was a teenager, my mom always said, 'Son, you're at your happiest when you're playing.' And it's still true to this day. I'm blessed.

"I had a dream back when I was thirteen, and just last night I played with all my friends at the Greek, and I've been putting together All-Starr bands for 30 years. And it's still a thrill."

'What's My Name' was recorded at Ringo's Roccabell West home, and he revealed he is much more comfortable working in a relaxed environment where he can still be close to wife Barbara.

He said: "I don't want to be in an old-fashioned recording studio anymore, really. I've had enough of the big glass wall and the separation.

"We are all together in here, whoever I invite over. This is the smallest club in town. And I love it, being at home, being able to say hi to Barb, it's just been good for me and the music."