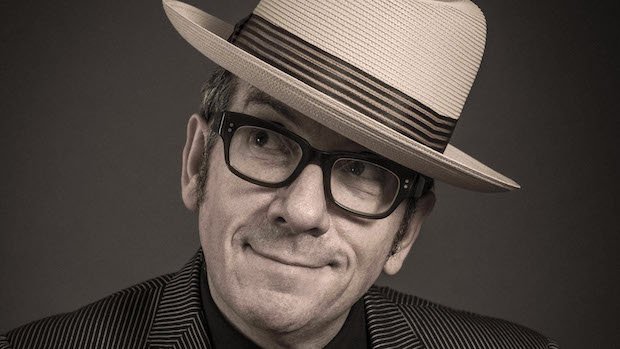 Elvis Costello & The Imposters have announced a 13-date UK tour for 2020. Tickets for the shows go on sale at 10am on Fri 20 Sep. Presale tickets are available from 10am on Thu 19 Sep. Sign up below to receive the presale link straight to your inbox.

Elvis Costello & The Imposters are set to take their Just Trust tour across North America this autumn ahead of the 2020 UK dates. The tour follows the band's recent jaunt with Blondie, whom they co-headlined with across the US.

Grammy award-winner Elvis Costello has released 30 albums since he began putting out music in 1970. His impressive list of accolades also includes his induction into the Rock and Roll Hall of Fame and a place on Rolling Stone's list of the 100 Greatest Artists of All Time.

To top it all off, Elvis Costello was recently awarded the Lifetime Achievement Honor at the Americana Honors & Awards show for his work. Elvis Costello & The Imposters – Steve Nieve, Davey Faragher and Pete Thomas – released their latest record Look Now in 2018 and it reached No. 14 on the UK album chart.

Elvis Costello & The Imposters UK tour kicks off on Fri 28 Feb at Olympia in Liverpool and runs right through until Wed 18 Mar where things wrap up at Birmingham Symphony Hall.

With four albums in the Rolling Stone ‘500 Greatest Albums of all Time’ list, Elvis Costello is a true song-writing legend. Sharing the stage will be The Waterboys who, throughout their near 35-year career, have cemented themselves as one of the most loved bands in the UK and Nick Lowe who famously produced Elvis…