U2 to play first ever show in India 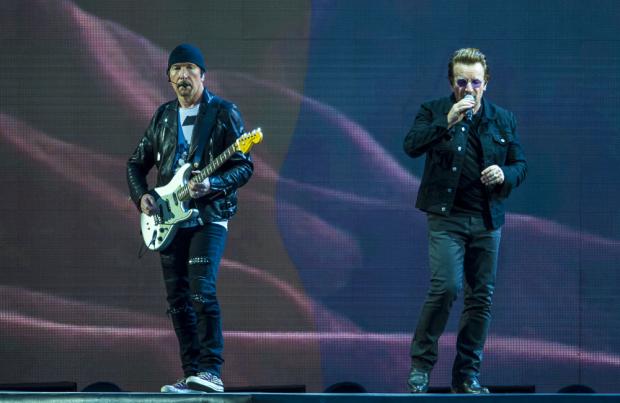 U2 have announced their first show in India.

Bono and co will bring their 'Joshua Tree Tour' to Mumbai's DY Patil Stadium on December 15, and guitarist The Edge, 58, says it will be a "tantalising" trip and he can't wait to meet their Indian fans for the first time in their career spanning four decades.

He said: "For me [the most exciting thing is] actually getting to meet our Indian audience and see who they are – and visiting this incredible subcontinent for the first time.

"It's going to be a frustration not being able to do so many things on a time constraint, but the chance to put your toe in the water is tantalising and exciting."

Whilst frontman Bono, 59, admitted that he doesn't expect the crowd to have the same raucous response to their show, because they haven't "put in the time" to perform in the subcontinent before.

He added to Billboard: "We have been spoiled over the years by the reaction of U2 fans.

"We're used to walking out into a roar like a 747 taking off.

"We haven't done that in India and we don't have a right to expect that same roar.

"We haven't put in the time. But we're going, and we will try to be worthy of people's interest in us."

The show will mark the final of the 'Vertigo' hitmakers tour celebrating the 30th anniversary of their seminal 1987 LP 'The Joshua Tree', which began back in 2017.

The Dublin legends will also play Auckland, New Zealand on November 8, before heading to Brisbane, Melbourne, Sydney and Perth in Australia, and then onto Singapore, Tokyo, Seoul and Manila, before they conclude the world jaunt in Mumbai.

Tickets for the Mumbai show go on sale from livenation.com on October 1.