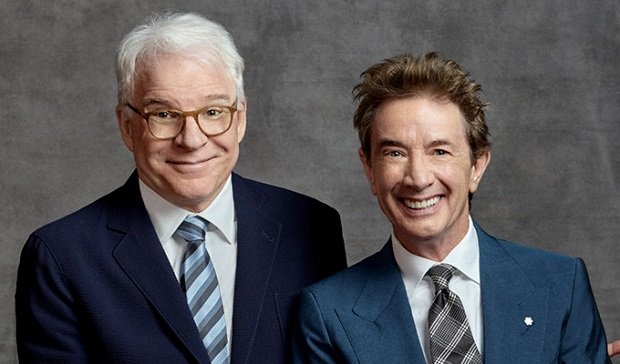 Steve Martin and Martin Short have announced they will tour the UK with The Funniest Show In Town At The Moment in 2020. Tickets for the shows are available at 10am on Fri 27 Sep.

Both alumni of Saturday Night Live, the pair hit it off on the set of Three Amigos back in 1986 and have been working together for the last three decades.

A talented musician and writer, Steve Martin is perhaps best known for the extensive list of comedy films he has appeared in, including Planes, Trains and Automobiles, Dirty Rotten Scoundrels, Roxanne and Father of the Bride. Martin Short also has many film credits to his name, including Innerspace and Mars Attacks!

In 2020 the pair tour with their latest show The Funniest Show In Town At The Moment. The tour is a follow-up to their Netflix special An Evening You Will Forget For The Rest Of Your Life which bagged the duo four Emmy nominations.

Speaking of the tour Martin said, 'the UK represents more to us than a long flight. It is the comedy motherland' and Short followed with 'there are so many brilliant British Shorts. And as we all know, it's better to have loved a Short than never to have loved a tall.'

Tickets for The Funniest Show In Town At The Moment go on sale at 10am on Fri 27 Sep.

The comedy legends bring their Funniest Show in Town at the Moment tour across the pond.