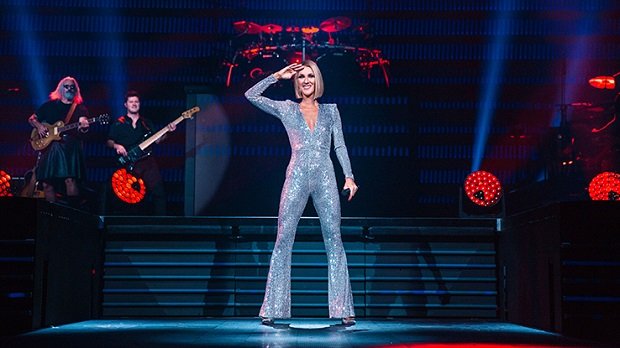 Celine Dion has been on the scene since the 90s when she released numerous successful singles such as 'Where Does My Heart Beat Now', which was preceded by charting hit 'Beauty and the Beast' that featured in the Disney film. The release of The Colour Of Love in 1993 caught the attention of the public and single 'Think Twice', which reached No.1 in the UK, cemented Dion's mainstream success. She is perhaps most known for 'My Heart Will Go On', which featured on the Titanic soundtrack and remains one of the biggest selling singles of all time.

Still going strong, Dion released Loved Me Back To Life in 2013 which charted in the top three in both the UK and Canada, where it reached No.1. Her track 'Ashes' featured on the Deadpool 2 soundtrack in 2018.

The singer's latest album Courage will be her twelfth English language studio album. She has released three tracks from the record, which include 'Imperfections', 'Lying Down' and 'Courage'. The album is due for release on Fri 15 Nov ahead of her 2020 live shows and is available for pre-order now

The critically-acclaimed, award-winning Canadian singer performs her soft-rock and pop numbers from across her career. You'll know her mainly from 'My Heart Will Go On.'