Taika Waititi thinks comedy can be used against hate 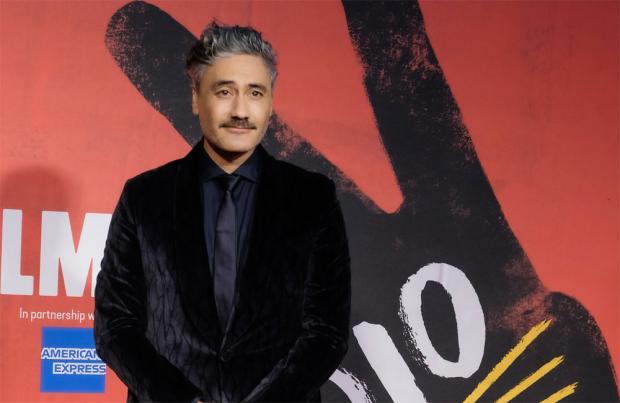 The director believes that humour is an 'effective weapon' against prejudice

Taika Waititi thinks comedy can be used against hate.

The 44-year-old star directs and stars as a fictional version of Adolf Hitler in Nazi satire 'Jojo Rabbit', and he believes that humour is an "effective weapon" against prejudice.

Speaking at the film's premiere at the BFI London Film Festival, Taika told BANG Showbiz: "I think comedy is a very effective weapon against hate."

However, the filmmaker denied that his movies – including the likes of horror comedy 'What We Do in the Shadows' – are about solely about making light of serious issues, and explained he consults his audiences to find the right balance.

He added: "For me, it's not really about making light of serious issues. It's about attacking and dismantling those regimes or those people who promote prejudice with comedy.

"I tested the film, as I do with all my films, with audiences and listened to their feedback. If they say 'there's too many jokes in this part', I look at it.

"Most of my films are made in the edit, that's how I find that tonal balance."

The 'Thor: Ragnarok' director also admitted he worries that his ideas will not be received as he hopes.

He explained: "I wrote the script switching between comedy and drama. It made a lot of sense on paper but there's a risk that people won't buy into what you're trying to do."

Taika attended the premiere alongside co-stars Roman Griffin Davis, who plays Jojo, and Thomasin McKenzie, who plays a Jewish fugitive.

The film follows a Hitler Youth devotee who has the dictator as an imaginary friend and despite Hitler's notoriety, Taika previously said that he 'didn't feel uncomfortable' in the role.

He said: "I didn't feel that uncomfortable, other than having to see myself in a mirror. But apart from that, I don't want to say that I enjoyed it.