Blossoms add three extra album launch shows to 2020 tour, find out how to get tickets 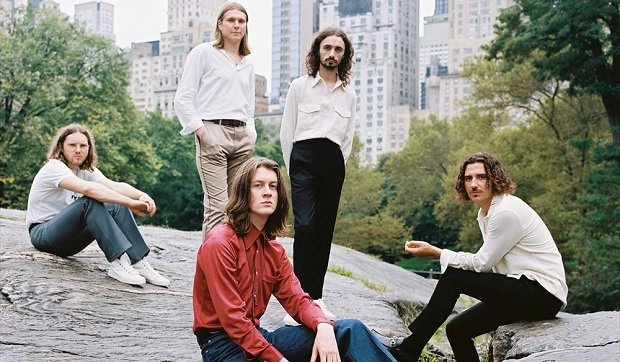 Blossoms have announced they will head out on a UK tour this year in support of their new record. To launch the album in style they're putting on a series of shows, including newly added dates in Manchester, Liverpool and Leeds. Tickets for the newly announced album launch shows go on sale at 10am on Thu 16 Jan.

The five-piece band's full UK tour will support their highly anticipated third studio album, Foolish Loving Spaces, which is set for release on Fri 31 Jan and is available for pre-order now.

Band members Tom Ogden, Charlie Salt, Josh Dewhurst, Joe Donovan and Myles Kellock have been paving the way for their indie-rock sounds since 2016's self-titled debut. The record topped the charts and bagged the group a Mercury Prize nomination and a nomination for Best British Breakthrough Act at the BRIT Awards.

Following the album shows, the band will tour up and down the country, stopping off in London for three nights at the O2 Forum in Kentish Town, before rounding off on Sat 28 Mar with a hometown gig at the Manchester Arena. Support for the tour comes from fellow indie group Magic Gang.

Tickets for the newly announced album launch shows go on sale at 10am on Thu 16 Jan.

A lighter psychedelic sound with elements of British pop from Stockport five-piece Blossoms.