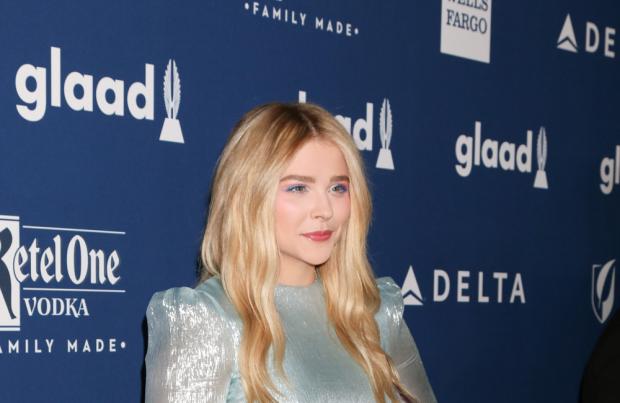 Chloe Grace Moretz says her own sickness inspired her portrayal of Wednesday Addams in 'The Addams Family'.

The Hollywood actress felt ill during the first day of shooting the new 3D computer-animated movie – but she thinks it transpired to be a blessing in disguise.

Chloe, 22, told Collider: "In my first session I was really sick and nasal. We actually ended up keeping that for the rest of the movie and it really worked for the character."

Chloe plays the moody teenager in the upcoming 'Addams Family' film and was determined to put her own stamp on the well-known character.

She explained: "I didn't want it feel like Chloe Grace Moretz just saying words. I wanted it to feel like Wednesday Addams."

The actress enjoyed making the animation as it meant that she could "fudge it a little bit".

Chloe said: "I think there's a freedom to rewrite history when filming animation. You can fudge it a little bit but you won't have to go back and re-shoot."

Meanwhile, Chloe also revealed that changes were still being made to the movie as recently as one month ago.

She confessed: "We were still making changes to the movie a month ago.

"I was doing pick-up lines and changing to dialogue and expanding on the big ending sequence."