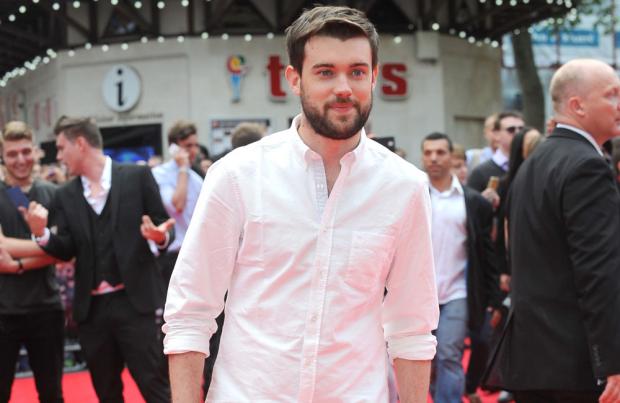 The 31-year-old comedian is a huge fan of WWE wrestling and admits it was a dream come true to work with "one of his heroes" The Rock, however, 'Mary Poppins' actress Emily, 36, was not as knowledgeable about grappling as Jack so he took it upon himself to show her what a 'Rock Bottom' move was much to the amusement of Dwayne.

In an interview on 'This Morning', Jack said: "There was this great moment on set where Emily Blunt, whose also in the film and isn't as big wrestling fan as me, she was asking about The Rock and I was explaining and talking about his finishing move 'The Rock Bottom', and she was like, 'What's that?' And I went, 'Let me show you.' Then I started demonstrating to her 'The Rock Bottom' and Dwayne turned round and was like, 'Are you...' 'Yes. Yes!' I was doing 'The Rock Bottom' on 'Mary Poppins.' "

Dwayne, 47, famously travels everywhere with his own portable gym, which he calls Iron Paradise, and he invited Jack to train with him during shooting on the Disney movie, but the British comedian couldn't help but be intimated by the massive weights his musclebound co-star could lift.

He said: "When I go to the gym I tend to just sit on an exercise bike.

"I like and audio book. You don't go too hard, you just go in, get on the exercise bike, have a little go. I'm like one off 'Call the Midwife.'"

"Dwayne had taken all the weights off all the machines so it was just the bars, and even that I was like, 'The bars look quite heavy, I think I'll just stick to my exercise bike.'

"He's got the chains around his neck and he's pumping iron whilst I'm listening to Jane Austin in the corner."