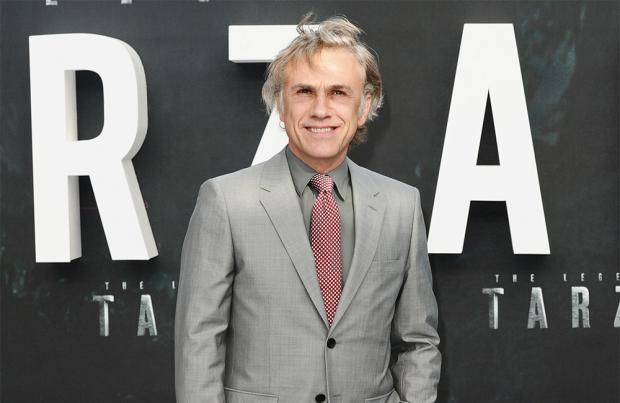 Christoph Waltz and Lily Collins have joined the cast of 'Gilded Rage'.

According to Deadline, 'Spectre' star Waltz, 63, and Lily, 30, have joined Bill Skarsgard in the thriller, which tells the true story of a murder of a Manhattan bank manager.

The film, which will be directed and written by Charlie McDowell, is inspired by events surrounding the murder of hedge fund magnate Thomas Gilbert Sr, committed by his son Tommy, which shook New York high society.

The crime drew the attention of the national press and Tommy Gilbert, who will be played 'It' star Bill, received 30 years-to-life in prison for the crime. The tile is based on a Vanity Fair article about the incident, written by Benjamin Wallace.

'Gilded Rage' has been financed by XYZ Films is financing and producing the film alongside Jake Gyllenhaal under their banner 'Nine Stories'. The film will be introduced to buyers at next week's American Film Market. Shooting is scheduled to begin in spring 2020.

Waltz, who has won two Oscars for his roles in 'Inglorious Basterds' and 'Django Unchained', will be reprising his role as Bond villain Blofeld in the upcoming 'No Time to Die'.

The actor, who hails from Austria, was spotted on set at Pinewood Studios.

He reportedly told one set visitor: "You haven't seen me. I'm not here."

Waltz's return may come as a surprise to Bond fans as he previously ruled out a return to the franchise and hinted that he wasn't happy with some elements of 'Spectre'.

He said: "It was an incredible experience to be part of this postwar cultural phenomenon. Yet I can't say that I was happy at every step of the process. I feel that there are some loose ends with my engagement.

"But let's say, in terms of my feeling that I have sufficiently served a purpose, there are a few white blotches on that map for me, personally."