Get presale tickets to Kew the Music 2020 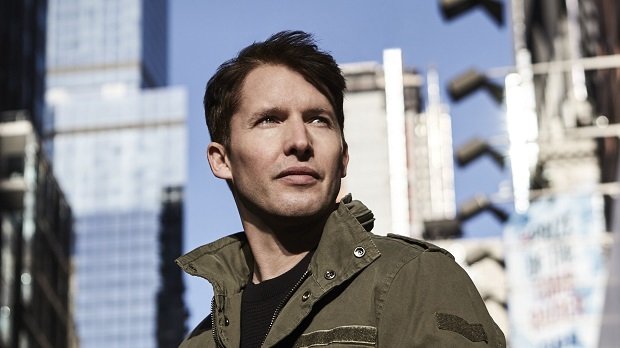 Kew Gardens hosts its annual concert series for the tenth year. Find out how to get presale tickets

Kew the Music has announced its first headline acts for 2020. A series of world-famous artists will take to the stage alongside support acts across July 2020 to entertain fans in the famous Kew Gardens. Presale tickets for Kew the Music are available at 9am on Thu 7 Nov. Sign up below to receive the ticket link straight to your inbox. General sale begins at 10am on Fri 8 Nov.

Kicking off the festival-style concert series on Wed 8 Jul is headline act James Blunt. Blunt released his latest record Once Upon a Mind in October. The record follows on from 2019 release Afterlove. Lead single 'Cold' was released back in September but fans will no doubt get to hear seminal hits like 'You're Beautiful' and 'Goodbye My Lover' at the show.

On Thu 9 Jul acoustic singer-songwriter Jack Savoretti takes the second headline slot to perform hits from his newest release Singing to Strangers as well as old favourites like 'Without' and 'Catapult'.

The following week, on Fri 10 Jul co-headliners Will Young and James Morrison take to the stage. Pop sensation Will Young returned to his pop star roots this year with the release of his seventh studio album Lexicon. The record marked his first release since 2015's 85% Proof and was led by the single 'All The Songs'. James Morrison will perform new music from his latest album You're Stronger Than You Know.

Grammy Award-winning French group the Gipsy Kings bring their legendary live performance to Kew Gardens once again on Sun 12 Jul. In 2018 Beverley Knight, Billy Ocean, Jools Holland and his Rhythm and Blues Orchestra, Rick Astley and more made the line-up. More dates and acts for Kew the Music 2020 will be announced later in the year.

Kew the Music runs in July 2020 at Kew Gardens. Presale tickets for all shows are available at 9am on Thu 7 Nov. Sign up below to receive the ticket link straight to your inbox. General sale tickets for James Blunt, Jack Savoretti, Will Young, James Morrison and Gipsy Kings go on sale at 10am on Fri 8 Nov.

James Morrison and Will Young

Double-bill featuring inaugural Pop Idol winner Will Young, and 'You Give Me Something' hitmaker James Morrison.

Kew the Music is a glorious week-long festival of summer picnic concerts set within the stunning grounds of the Royal Botanic Gardens, Kew. Returning once again with a fantastic line up that offers something for everyone – whether you fancy being whisked back to the heyday of the notorious Haçienda, or would love the…