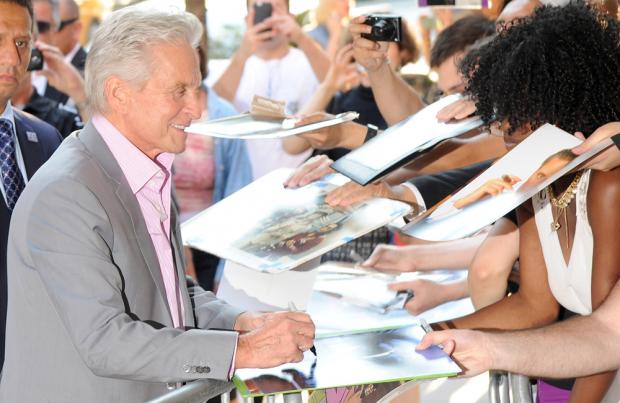 It was recently reported that Marvel Studios are developing another instalment of the superhero franchise, with Peyton Reed set to return as director.

And now the 75-year-old actor has confirmed he will be back as entomologist and physicist Hank Pym for the follow-up to 2018's 'Ant-Man and the Wasp'.

Douglas told Collider.com: "The Marvel world has really been a blast!

The Hollywood legend last reprised his role as Hank in 'Avengers: Endgame' in April.

The previous two 'Ant-Man' films were both released in July, and it has been suggested that the movie could hit cinemas on July 29, 2022, as Marvel recently unveiled their release schedule.

It's assumed that Paul Rudd and Evangeline Lilly will reprise their respective roles as Ant-Man and the Wasp, though nothing has been confirmed as of yet.

Douglas teased in February that talks were in place for another film.

He said: "There's been talk [about another 'Ant-Man'] ... there's been nothing formal right now that I know of.

"They always kind of spring it on me. The first time you hear about it, it's already in its third rewrite."

Last August, Rudd admitted there were a few "ideas" about another 'Ant-Man' film but he didn't like to speculate in case the motion picture didn't go ahead.

He said: "I don't know what the plan is, and I haven't really asked, because I don't want to put too much thought into it in case ... well, what if there isn't?

"There are a couple of ideas [for a sequel], but I'd hate to go into any specifics. Even though that is what you want! Because it might not happen."

And in October, director Reed admitted there were plenty of ideas for another film.

He said: "Hopefully we're going to get to do another film, but we honestly don't know yet. But we definitely have a lot of ideas and things we've certainly set up in this movie.

"There is [an idea for a trilogy] ... as we were writing the second one, [we were] coming up with stuff we wanted to set up. We definitely had ideas for character arcs for all the characters, and I certainly have some of my own, some of which I've shared with Marvel, some I haven't."