The Killers add Doncaster show to 2020 UK tour, here's how to get tickets 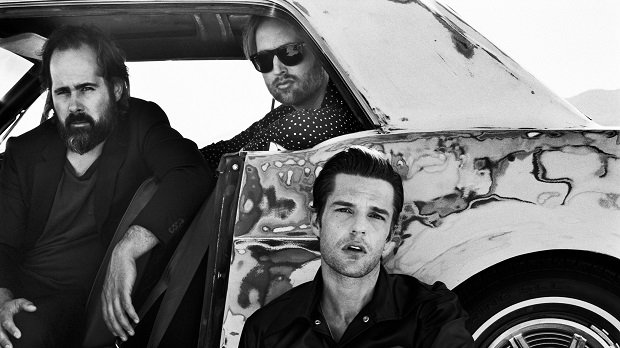 The Killers have announced a UK stadium tour for 2020, which has been dubbed the Imploding The Mirage Tour in line with their forthcoming album. Due to demand, the group have added a ninth show date set for Tue 26 May at the Keepmoat Stadium in Doncaster. Tickets for the newly announced show are available at 9am on Fri 21 Feb.

Fronted by Brandon Flowers, the Las Vegas-based three-piece released their fifth studio album Wonderful Wonderful back in 2017. Since then, fans have been eagerly awaiting the sixth record Imploding The Mirage, which is due for release next spring ahead of the tour. Flowers and co. released single 'Land of the Free' in January of this year, their first new piece of music since Wonderful Wonderful.

The Killers became one of the biggest music groups in the world back in 2004 when their debut album Hot Fuss topped charts and spawned anthems 'Mr Brightside', 'Somebody Told Me' and 'Smile Like You Mean It'.

In 2020 Flowers brings the gang to the UK for a series of headline shows at stadiums in Old Trafford, London, Falkirk, Bristol, and more. Support for the shows varies from venue to venue, featuring the likes of Blossoms, Sam Fender and Manic Street Preachers.

Where to buy The Killers tickets

You can purchase your tickets from Ticketmaster, See Tickets, AXS (Doncaster, London and Old Trafford) or Gigantic.

How much are tickets for The Killers?

Tickets for The Killers' Doncaster show go on sale at 9am on Fri 21 Feb. Remaining tickets for all other dates are on sale now.