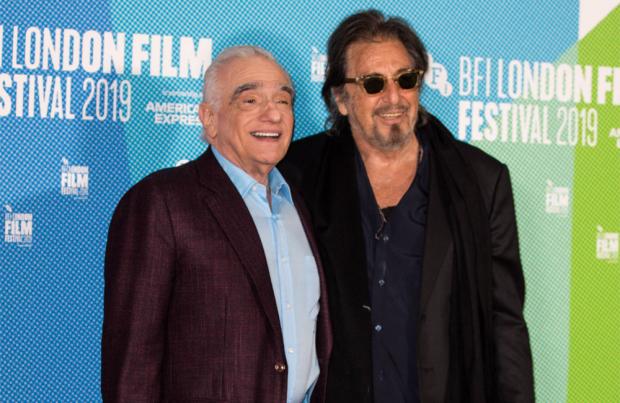 Martin Scorsese had wanted to work with Al Pacino for years, but felt that the actor was "unreachable"

Martin Scorsese previously believed that Al Pacino was "unreachable" due to their inability to ever manage to work together.

Scorsese's new Mafia movie 'The Irishman' marks the first time that Scorsese and Pacino have ever worked together in their lengthy Hollywood careers and the director was thrilled to finally be able to cast Pacino in one of his projects after wanting to work with him for decades.

Scorsese, 76, admits that 79-year-old Pacino's performance as Michael Corleone in the 'Godfather' meant he was a man in-demand.

At a recent American Film Institute event, Scorsese said: "I'd been wanting to work with Al for years. Francis Coppola introduced me to him in 1970. Then he's in Godfather 1 and 2, and he's in the stratosphere. For me, Al was always something unreachable."

The 'Taxi Driver' director did come close to working with Pacino in the 1980s and asked long-time collaborator Robert De Niro about the chances of him working with the 'Carlito's Way' star.

Pacino previously opened up about why the pair had never collaborated and discussed the aforementioned 80s project.

He said: "Like everything in this business, if you've been in it for a while, you realise that things get started, but then they go in different places and they don't always culminate in a film.

"A couple of times, Marty and I were going to do something, then they slip away. Happens all the time."