Ricky Gervais adds Leeds date to Super Nature tour, find out how to get tickets 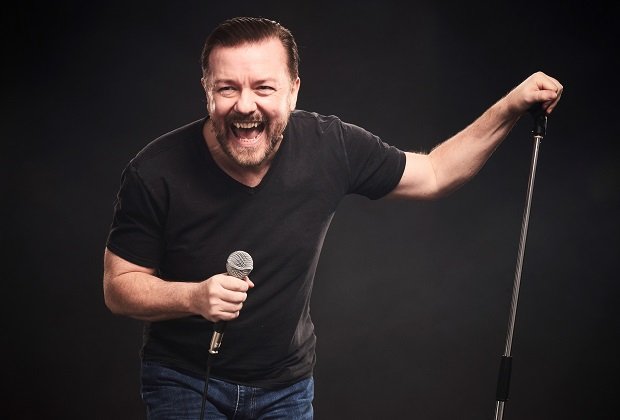 Ricky Gervais has added a Leeds date to his 2020 UK tour. He brings his Super Nature stand-up act to First Direct Arena on Fri 12 Jun. Tickets for the new show go on sale at 10am on Fri 13 Mar.

Golden Globe, BAFTA, Emmy, British Comedy and AFI Awards-winner Ricky Gervais previously announced dates at The London Palladium next autumn as part of his 2020 UK and international tour. The comedian, writer, director and actor has a busy 2020 ahead: in addition to his SuperNature tour, he recently announced that he will once again host the Golden Globes ceremony next year.

Gervais started his stand-up comedy career back in the 90s. His major stand-up shows include Animals, Politics, Fame, Science, and Humanity. His most recent show, SuperNature is also a Netflix special that came out in 2018. This is not the only collaboration between the artist and the streaming giant: his highly acclaimed comedy-drama series, After Life was also released by the network. The series is already renewed for a second season coming out next year.

Gervais brings his most recent show to Brighton, Glasgow, Watford, Leeds and London next autumn. He will have a series of 12 performances at The London Palladium before taking the stage at The SSE Arena Wembley for the final show on Fri 20 Nov.

The latest stand up tour from the award-winning actor, writer, comedian and Twitter contrarian. Together with Stephen Merchant, Gervais created The Office and Extras.