Aerosmith announce London and Manchester shows, here's how to get tickets 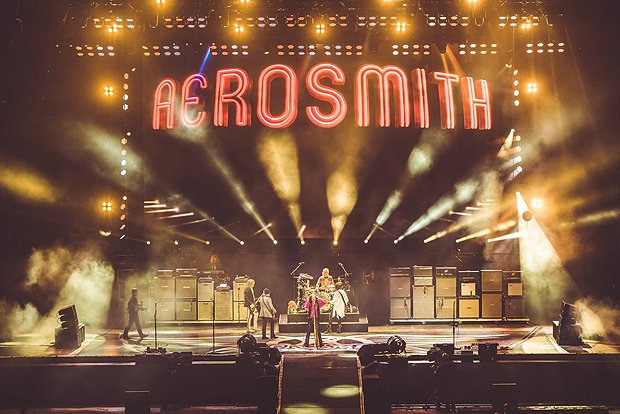 Aerosmith have announced that they will be playing a concert at the O2 Arena in London on Wed 15 Jul and Manchester Arena on Sat 18 Jul Tickets for the shows go on sale at 9am on Fri 13 Dec.

The American rockers – currently made up of Steven Tyler, Joe Perry, Tom Hamilton, Joey Kramer and Brad Whitford – released their first record in 1973, and achieved mainstream fame with their 1975 album Toys in the Attic, which features their well-known song 'Walk this Way'. The band have amassed a total of 15 albums under their belt, as well as a string of classic hits such as 'Janie's Got a Gun', 'Dude (Looks Like a Lady), 'Livin' on the Edge' and 'I Don't Want to Miss a Thing', which they famously penned for sci-fi disaster flick Armageddon.

The band holds the record for having the most certified gold albums by an American rock group, and is tied with Van Halen for having produced the most multi-platinum albums. The band are currently performing a concert residency in Las Vegas, titled Deuces are Wild and will bring the show to the UK next July.

Tickets for Aerosmith go on sale at 9am on Fri 13 Dec.

American rockers from Boston formed in 1970 and led by frontman Steven Tyler.