Crowded House announce 2020 UK tour, find out how to get tickets 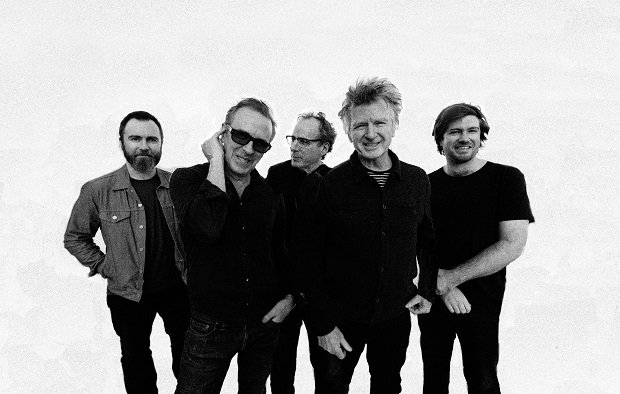 Crowded House have announced a six-date UK tour for June and July 2020. Tickets for all dates go on sale at 9am on Fri 13 Dec.

The tour marks the group's first European tour in 10 years. Joining founding members Neil Finn and Nick Seymour are musicians Mitchell Froom, Liam Finn and Elroy Finn. Reuniting this year the band have also confirmed they've been In spending time in the studio with new music on the horizon.

Crowded House released their eponymous self-titled debut album in 1986. The record went on to be a global success with the hits 'Don't Dream It's Over' and 'Something So Strong' leading the way. The bands first incarnation lasted from 1985 through 1995 with four studio albums including Crowded House (1986), Temple of Low Men (1988), Woodface (1991) and Together Alone (1993).

In 2005 following the tragic death of Paul Hester, Neil and Nick felt emotionally compelled to bring Crowded House back. They released two further albums and toured the world. In 2020 Neil and Nick lead the band as they do it all again. The tour kicks off on Tue 16 Jun at Motorpoint Arena, Cardiff and runs through until Sun 5 Jul where the band finish up with two nights at the Roundhouse in London.

Australian rock band led by Neil Finn, which scored big hits in the 80s and 90s with songs like 'Don't Dream It's Over' and 'Weather With You'. It's reformed with Finn and original member Nick Seymour, plus veteran producer Mitch Froom on keyboards.