Eagles announce two Wembley shows for August 2020, find out how to get tickets 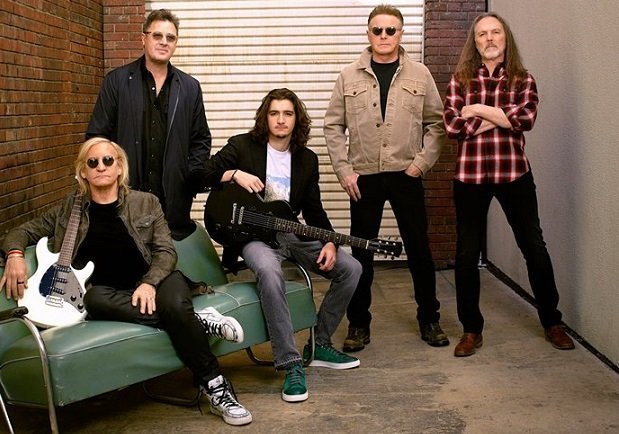 The Eagles have announced they will headline two nights at Wembley Stadium on Sat 29 Aug and Sun 30 Aug 2020. Tickets for the shows go on sale at 9am on Sat 14 Dec.

The Eagles are considered one of the most successful rock bands to come out of the 1970s. Since formation they have released seven studio albums with a plethora of well know hits, including 'One of These Nights', 'Life in the Fast Lane', 'Desperado' and many more.

Their seminal album Hotel California will be played it its entirity for the 2020 London shows. The album, which has been ceritifed 26x platinum, holds the record for the third best-selling album in US history. The album show comes to the UK fresh from Las Vegas where a plethora of vocalists and full orchestra joined the band to play the album.

Throughout their career the band achieved five number-one singles, six Grammy Awards, five American Music Awards, six number one albums and became Rock and Roll Hall of Fame inductees in 1998. The group performed in the UK earlier this year and return with two huge headline shows in 2020.

Times & prices to be confirmed