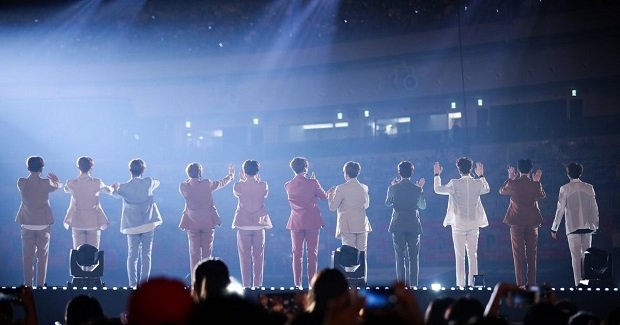 S.Coups, Jeonghan, Joshua, Jun, Hoshi and the group perform in the UK in support of An Ode

Seventeen have announced they will perform at The SSE Arena in Wembley on Sun 8 Mar 2020. Presale tickets for the show go on sale at 9am on Wed 18 Dec ahead of general sale 9am on Thu 19 Dec. Sign up below to recieve the presale link straight to your inbox.

Formed in 2015, Seventeen, consisting of 13 members, have released three studio albums. Their 2016 debut Love & Letter reached No.1 on the Korean Album Chart upon release and was followed by Teen, Age in 2017.

The group is currently on their third world tour in support of 2019 album An Ode. The record bagged the group the Album of the Year accolade at the Asian Artist Award and is being supported with an ongoing world tour entitled the Ode to You Tour. Seventeen come to the UK for one night only next March as part of the European leg of the tour.

Seventeen perform at The SSE Arena, Wembley on Sun 8 Mar 2020. Presale tickets are available at 9am on Wed 18 Dec. Sign up below to recieve the link straight to your inbox. General sale tickets go on sale at 9am on Thu 19 Dec.