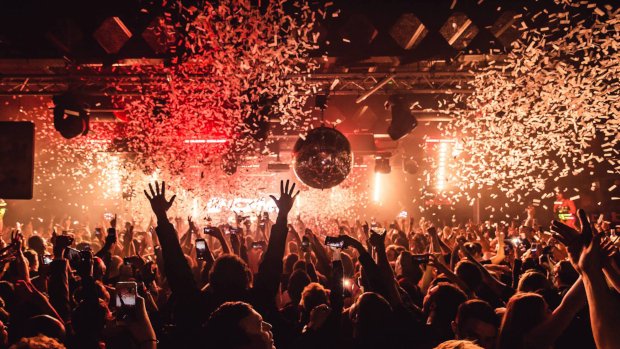 Party your way into 2020 with these New Year's Eve bashes

New Year's Eve is coming, and let's face it, the most memorable New Year's Eve experiences probably don't involve Jools Holland and a studio of guest stars who were probably recorded back in October. It's time to get out there and live. London is embarrassingly well-endowed with NYE club nights, so we've rounded up a selection of parties (and a little comedy, for those who want to sit back) so that you can bring in the new year in mixed company.

E1 and Percolate have joined forces to present a New Year's Eve bash featuring DEBONAIR, Eris Drew, GiGi FM and many others, spread between the Warehouse and the Black Studio. Pleasurehood has earned a large following since its August launch with its inclusive pricing and its troupe of dancers, led by the effervescent Lucy Fizz, and it's created a dream lineup for New Year's Eve at XOYO, with Move D, Joshua James and Hifi Sean. Ages 19+ only.

Hannah Wants, Danny Howard, Monki, Fat Tony, Klose One, ALISHA, Emerald, Jess Bays, Barely Legal are just some of the names ringing in the New Year at Ministry of Sound. At the Prince of Wales in Brixton, Up on the Roof present an NYE bash starring, for the first time, the great Nightmares on Wax.

Elsewhere in Brixton, the O2 Academy is having an all-nighter with Mk 10 presents Area 10 NYE. For those who don't care how far they may have to travel to get home again, Hip Hop vs Dancehall returns with a secret location New Year's Eve party, featuring Robbo Ranx, Ras Kwame, DJ Ace, DJ Cable, DJ Raskal and Teddy Lewis.

If you fancy more of an indie-themed NYE, Indie Time Machine presents huge tracks from the 80s to the present at Thousand Island. Or if you just want wall-to-wall hip hop, Crush NYE will deliver at Camden Assembly.

And if you don't feeling like hitting the floor but want a laugh instead, the Comedy Store has a New Year's Eve stand-up show from 6pm.

NYE at Ministry of Sound

Ring in 2020 in style with Ministry of Sound this New Year Eve in London. Hannah Wants, Danny Howard + many more

Up On The Roof's NYE Disco With Nightmares On Wax

Nightmares on Wax are at this NYE Disco,. Ages 18+.

☆ THE INDIE TIME MACHINE - NEW YEAR'S EVE 2019 ☆ This New Year's Eve we're taking you on another journey through the last four decades of indie rock'n'roll, from the 80s, right through to the present day… Our resident DJs will be taking control of The Indie Time Machine, conveniently located within legendary music venue…