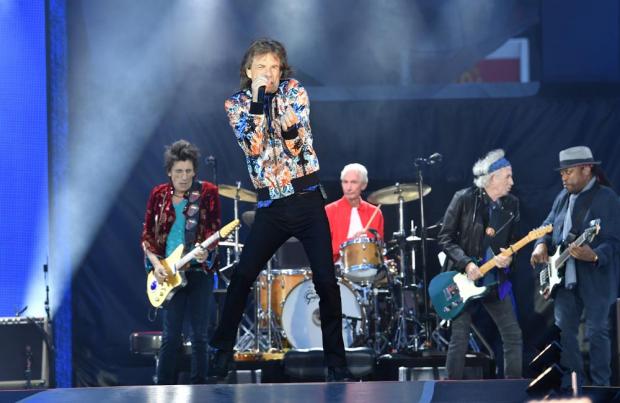 The Rolling Stones plan to release their new album in 2020.

The 'Start Me Up' rockers – Sir Mick Jagger, Ronnie Wood, Keith Richards and Charlie Watts – have been hard at work on the follow-up to 2016's covers LP 'Blue and Lonesome' and their first record of new material since 2005's 'A Bigger Bang'.

Guitarist and bassist Ronnie has given an update on the progress of their upcoming LP and explained that they are just trying to "put the missing pieces together", with a "hope" to put it out sometime next year.

He told The Sun newspaper's Bizarre column: "The new album is like a puzzle, we still have to put the missing pieces together. We hope to release it in 2020 and then continue our world tour."

In January, Keith admitted the recording process for the record was "very boring".

He said: "Sometimes it's not as much writing as listening to what's been written and figuring it out, and honing and all kinds of stuff.

Before that, he had claimed the record was in its early stages and could be released at the end of 2019.

Speaking in November 2018, he said: "Mick [Jagger] and I got together for a few days a month or so ago in the studio, just playing around. Apart from that, there might be a session sometime in December, but I'm not crossing my fingers on that.

"It was [a] great [session], man. We knocked out a few songs together with [producer] Don Was. We're just working things through. We had a great time – got some nice stuff out of it."

Asked if he knows when the record will be released, he added: "Oh man, no. Like I say, early stages. I would say if I'm looking at it, we're going to do this tour, so maybe this time next year, I would say. Maybe. That looks like a reasonable projection."

The 'Satisfaction' rockers released a Best Of album – which featured their biggest hits and classic cuts from every Stones studio album from 1971 to 'Blue & Lonesome'.

Meanwhile, the legendary rock group will also resume their world tour next year.

The 'Paint It Black' hitmakers were forced to delay their 'No Filter' North American tour in April, due to frontman Mick's heart valve surgery.

However, after the operation was a success, the band managed to return to the stage by August.

Ronnie, 72, even suggested the legendary singer is even fitter than ever before.

He said previously: "Oh God, he's even harder to stop now. It's like, 'Mick, come here, I want to talk to you', and he's like all over the place. He's really in good form."